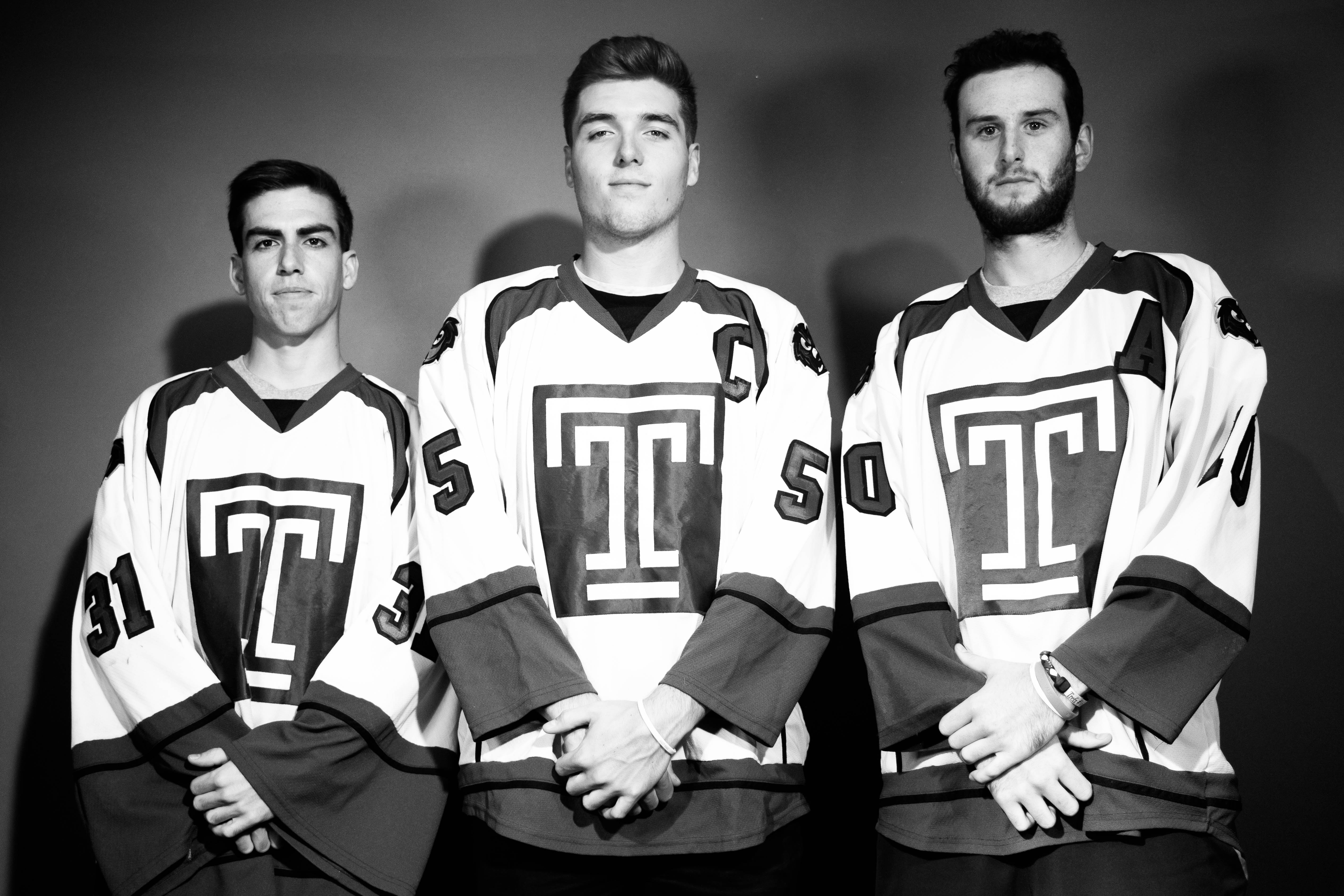 14 players return from last season, while 14 new players have been added to the squad as a result of a drastic overhaul and new direction under head coach Pat Carroll.

Kaeser was second on the Owls in goals with 10 in his freshman season last year. In addition to his 13 assists, his 23 points placed fourth in points behind Ghiazza, Ondick, and Ryan Trefz. He recorded 10 more points than the next best freshman, Will Green.

Van Allen returns for the fall semester after leaving the team following the first half of last season. He is the active leader in games played (111) and penalty minutes (81) on Temple. This will be his fifth season with the team.

Jack Pearce’s return keeps another veteran presence on the team. He has amassed 63 games with the Owls entering his senior season. Russell, Fowler, Elmer and Bolles will all enter their third season with Temple, while McDowell, Smedley and Barberini enter their second season.

From the new crop of players, 10 are freshmen.

Brandon LaBumbard joins the team after four years in the Marine Corps. He joins Russell as the only Canadian-born players. Russell is from Mississauga, ON, and LaBumbard is from Ajax, ON.

Carroll's goal since taking over was to improve options for the third and fourth lines as well as the final defensive pairings.

"We have a good mix of returning guys from last year as well as almost half our roster built with new additions," said Carroll. "This should improve our overall depth and give us options when it comes to line combinations and special team units."

It's never an easy task when a team is reassembled with 14 new players. While risky, this is not an unheard of difficulty in collegiate sports, where an athlete typically plays no more than four seasons.

With over a third of the roster consisting of freshmen, upperclassmen have a huge responsibility to prepare the younger core for the difficulties of collegiate hockey for years to come.

The Owls begin the 2019-20 season against The College of New Jersey Saturday, Sep. 14, at 8:00 P.M. Tickets are five dollars. Temple University students get free admission by showing their TUID cards at the door.

About the Temple University Ice Hockey Club
The Temple University Ice Hockey Club was founded in 1940 and has played in the top division of the American Collegiate Hockey Association (ACHA), the top league for club hockey in the United States, since 2015. Temple plays in the Eastern Collegiate Hockey Association (ECHA) alongside geographical rivals in Villanova and Drexel. The Temple Owls play at The Igloo at Mt. Laurel at 3033 Fostertown Road, Mt. Laurel, NJ. They have made the playoffs in four-straight ECHA seasons.

You can watch Owls games live on the TUICE Network at TempleIceHockey.com or the Temple University Ice Hockey Club YouTube Channel.

The Final Stretch: How can Temple make the playoffs?

Temple to take part in Philadelphia College Showcase this ...