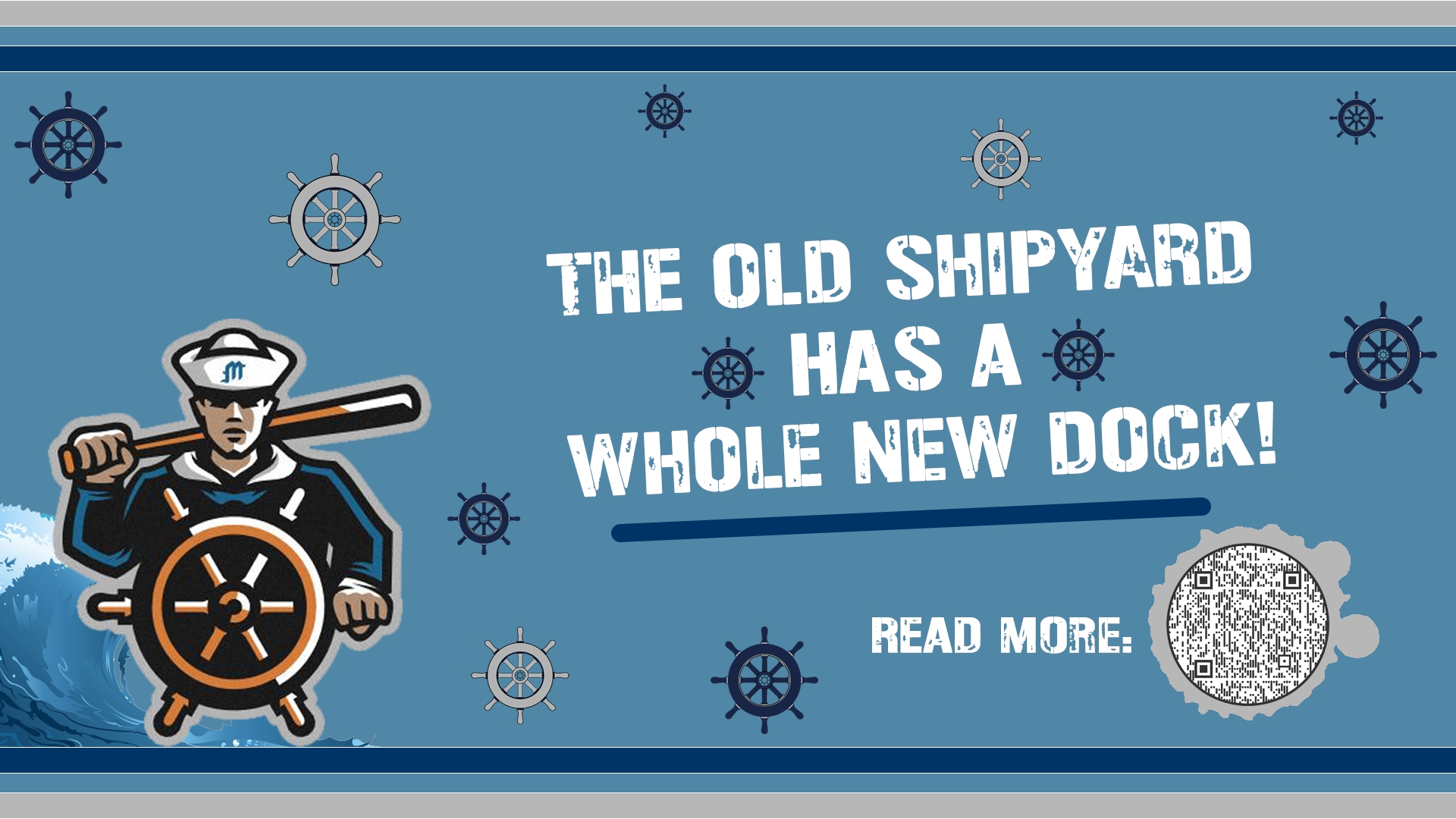 "Dodd Stadium gives us a professional ballpark to play our summer ball," Schooners general manager and pitching coach Dennis Long said. "I want the best possible field for our players. We know it's going to be a little bit of an undertaking to bring everything we've done for 10 years in Groton up to Norwich, but the upside is that we will have arguably one of the best fields in New England as our home field. It should be a fun summer of baseball.”

Dodd Stadium, which has been a baseball landmark in eastern Connecticut since 1995, is located in the Norwich Business Park and has served as the home for both minor league and summer collegiate league baseball teams.

“After eleven highly satisfying years at Fitch High School, we move on to a new era of Mystic Schooner baseball. I am immensely proud of what we have accomplished since 2012 and look forward to the new heights this change of venue will take us,” Schooners manager Phil Orbe said. “Though we will certainly miss the friendly confines of “The Shipyard”, our management team, coaching staff and incoming players will all continue to thrive at Dodd Stadium. It is a good day to be a Mystic Schooner.”

The Schooners will share the stadium with the Norwich Sea Unicorns of the Futures League.

Long said the move will help improve various areas of the organization, including an enhancement of the fan experience. Some of the amenities for fans will include watching games from the picnic table in left field, as well as concourse activity with concession stands and much more.

Additionally, the Schooners will be playing a handful of weekend afternoon games this upcoming season.

“I’m excited about this opportunity as a weekend afternoon game will provide a fun experience for some of our fans, who could never get to a game in the past due to family commitments or work commitments in the evening,” Long said.

Present and future players will have access to all the stadium's facilities — clubhouse, locker rooms, underground batting cages, etc. — creating one of the top summer college baseball experiences in the country.

“Dodd Stadium is a superb facility. From the professionally cared for field to the professional dugouts to the locker rooms and indoor hitting facility, this move will certainly enhance the playing experience for our upper echelon college players,” Orbe said. “The fan experience will also be enhanced by the variety of concessions, horseshoe seating and authentic atmosphere. The Schooners are extremely fortunate to call Dodd Stadium home.”

The 6,300-seat stadium will provide fans and spectators with high-level viewing of some of the country’s top tier college baseball players.

There are 18 skyboxes, which are elevated above the concourse, that will allow local partners, companies and teams to host group outings at the ballpark.

“Being able to accommodate groups is such a huge factor in this move. We are so excited to be able to provide a space for our community groups to come and enjoy the game together and with us,” Director of Game Day Operations & Marketing Alexandra Clemons said. “I have so many memories of going to Dodd as a kid and I am so excited that we get to be a part of this next chapter of its history and to experience that with our Schooners community and beyond.

Information regarding season and individual tickets will be announced in the near feature.

The Schooners' home opener is tentatively set for June 7 at 6:30 pm against the North Shore Navigators.

Visit mysticschooners.pointstreaksites.com for the latest news and information including press releases, multimedia content and team updates and more.

Please reach out to John Leuzzi at john.leuzzi@marquette.edu to arrange an interview with Dennis Long and Phil Orbe.

MORE ABOUT THE MYSTIC SCHOONERS

The Mystic Schooners are a 501 © (3) Non-Profit Organization affiliate in the New England Collegiate Baseball League. The team plays their home games at Senator Thomas J Dodd Memorial Stadium in Norwich, Connecticut.  Be sure to follow the team on social media to stay up to date with all things Schooners. You can find the team on Facebook, Twitter, and Instagram by searching “Mystic Schooners."

Named after former U.S. senator, Thomas J. Dodd, the stadium was built on a former cornfield in the Norwich Business Park at a cost of nearly $10 million in 1994. Dodd Memorial Stadium is one of only seven minor league baseball stadiums in New England that has or had Major League Baseball affiliations. It started as the home to the New York Yankees’ Double-A Affiliate Norwich Navigators, later changed to San Francisco Giants’ Navigators and Connecticut Defenders, Detroit Tigers’ Single A Affiliate Connecticut Tigers and most recently the Futures League’s Norwich Sea Unions and the New England Collegiate Baseball League Mystic Schooners.

The New England League is the most competitive brand of amateur wooden bat summer baseball in the country. With 14 teams located in all six New England States and over 150 Major League Baseball alumni, the league entertains our region for two months every summer. Student-athletes from all over the country descend upon the region’s most scenic communities to offer summer baseball at its finest. Now celebrating over a quarter of a century of excellence, the New England League continues to transcend communities and give the best student-athletes from across the country a chance at their dream. For current team information, rosters and schedules, visit NECBL.com. The New England League - Keep Your Eye on the Dream!