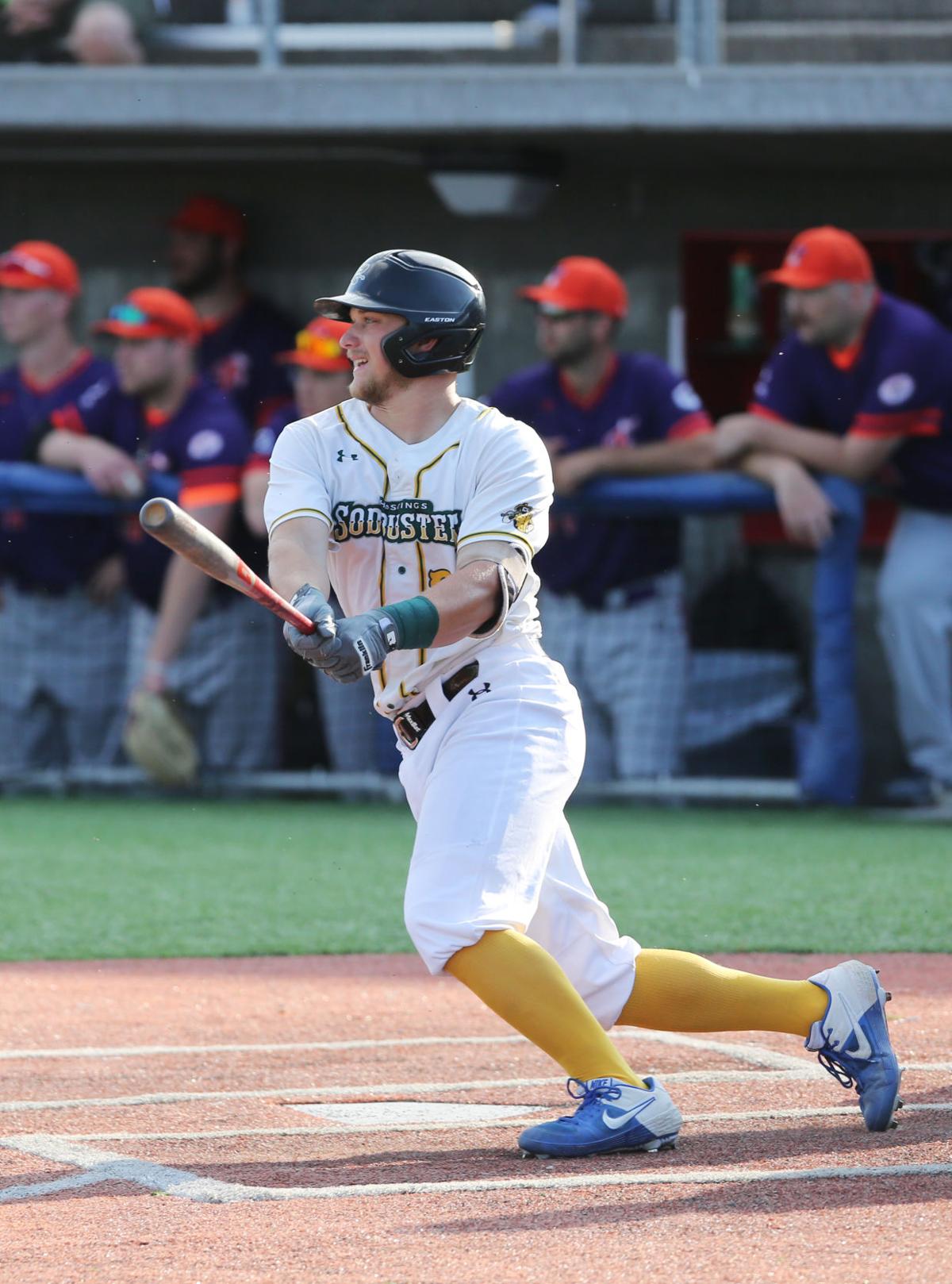 It may have been three months since players in the Expedition League have played in a competitive setting, but the pitching from both teams seemed to be in midseason form.

The Hastings Sodbusters and the Fremont Moo both treated Friday’s season opener as a bullpen game, resulting in a pitchers’ duel that saw just a combined one run and two hits through the first five innings. But the divisional rival Moo tacked on just enough runs thanks to a big sixth inning and kept the Sodbusters from earning the big hit, sending the home fans away with a loss at Duncan Field on opening night.

“This is the first game of the season for both teams, and, at one time, they had eight hits and we had one, so I’m not going to use that ‘We’re rusty’ or whatever because we’ve been getting quality at bats in intersquad games,” said Sodbusters’ head coach Bill Clay. “They just beat us (Friday night). That just sums it up.”

“It was a lot of fun (to be out there). It’s literally been months. The nerves were there kind of early on just because it was the first game in a long time but everyone’s going to have that,” said Hastings left fielder Grant Schmidt. “It felt good just to be on the field again... It’s still early. We didn’t play our best but we’ll be just fine.”

Fremont’s big inning saw eight consecutive batters reach base safely, six via singles. Hastings went into the frame trailing just 1-0, but when the inning finally came to an end, 11 batters came to the plate and five scored to make it a 6-0 lead for the Moo.

“We had a defensive lapse in the one inning,” Clay said. “We should have been out of that inning; we had a double play ball that we didn’t finish business on. I’m proud of them though; they could have quit when we got down early, but we were one base hit from being right in the ball game.”

The Sodbusters answered in the bottom of the frame, tallying their first hit on a triple by Cole Evans. He scored in the next at bat when Hastings native Grant Schmidt notched an RBI ground out, cutting the Fremont advantage to 6-1.

Hastings added two more base runners in the sixth via walks, but the scoring threat came to an end when Tayten Tredaway flew out to left field on a nice running catch by the defender.

Schmidt drove in another run for the Sodbusters in the seventh inning. With runners on second and third, he hit a high chopper deep in the hole on the left side of the infield. The Moo defense had no play, as the infield hit trimmed the gap to 6-2.

“I was seeing it pretty well. My swing felt fine and I’m seeing it well,” Schmidt said. “I haven’t seen high velocity in a while so (the swing) kind of feels slow, but more and more at bats and that’ll fix everything. But I was confident and seeing it well.”

Hastings again had a prime scoring chance later in the inning with the bases loaded and two outs. Fremont reliever Kyle Perry entered the game and gave up a two-run single to Mike Decker, as the Sodbusters made it a 6-4 game.

The big hit continued to elude Hastings when had runners on second and third in the bottom of the eight inning. In all, the Sodbusters stranded 10 runners on base.

“Somebody’s got to step up and get the big hit. It’ll happen, we just didn’t do it (Friday),” the Hastings coach said. “We just didn’t get the hit in the right situation. When you come back on a team, they get shaky, and when you get that big hit on them they really get shaky. We were one hit away from that.”

Nate Zyzda got the start on the mound for the Sodbusters and threw two innings. He allowed just two base runners and gave up just one hit. Jake Bigham controlled the next three innings and faced just seven batters.

Hastings will host the Moo in the second game of the series Saturday at 6:35 p.m.