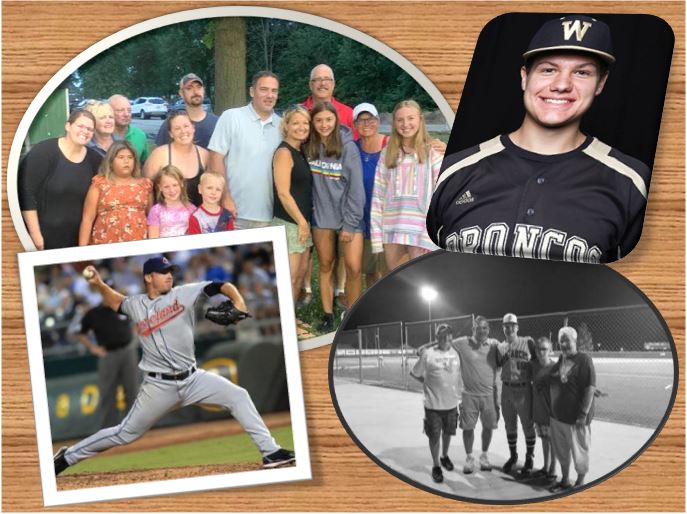 John Adams and John Quincy Adams. George H.W. Bush and George W. Bush. Father and son duos have stood the test of time throughout American history, and they have their place in baseball too. One notable MLB pair is Ken Griffey Sr. and Ken Griffey Jr. A more recent example receiving attention is Vladimir Guerrero and Vladimir Guerrero Jr. after Vlad Jr. had 91 dingers in the Home Run Derby a couple of weeks ago – breaking the record. The Great Lakes Summer Collegiate League has only been around since 1987, so the window to have two generations playing in the league has still been narrow. Yet, this feat was accomplished by one father-son pair this season. Brian Sikorski played for the Grand Lake Mariners in 1994, and his son Easton has pitched for the Lake Erie Monarchs this season.

Brian was born in Detroit and played for the Grand Lake Mariners in 1994. The Mariners and the Locos are the only remaining active teams that played in that 1994 season. The Mariners had an outstanding record of 31-9 that year and would go on to defeat the Motor City Pride to win the championship. Brian attended Western Michigan University at the time. While with the Broncos, he earned the MAC Pitcher of the Year Award and was a Second Team All-American. He had a host family while he was in Celina and recently caught up with his host mom and dad.

Brian was drafted by the Astros in the 4th round of the 1995 MLB Draft. He had an impressive debut with the Texas Rangers when he made it to the big leagues in 2000. In that start against the Yankees, he threw seven innings without giving up a run and allowed just four hits – and earned the win. After that season with the Rangers, he would play in Japan for five years before getting another opportunity to play in the MLB. This time it was with the Padres, but he was traded midseason and finished the season with the Indians. Brian would play some more in Japan before concluding his baseball career. He went 4-5 with a 5.40 ERA in the majors, with 70 strikeouts in 71 2/3 innings. He pitched eleven years in Japan and made appearances in 438 games over there. Recently, he had served as a scout for the Texas Rangers for a few years.

Easton Sikorski was just seven months old when his father made his MLB debut in 2000. Just like his father had, he is attending Western Michigan and playing on their baseball team. Easton had 15 strikeouts in 16 1/3 innings, but many walks and singles led to a high ERA. However, Easton has seen considerable improvement this summer in the GLSCL – the same summer league his dad played in 25 years ago. So far with the Lake Erie Monarchs, the incoming sophomore has posted a 5-1 record with a 3.29 ERA. He has started seven of the nine games he has played in and has had a much better strikeout to walk ratio. On July 5th, Easton gave up just five hits and an earned run in a shortened seven-inning complete game against the Mariners. For his next start, he came back with an eight-inning performance where he had nine strikeouts and didn’t have any earned runs.

Time will tell where Easton ends up on his baseball journey – perhaps it will intertwine even more with his father’s career. But as for now, it’s pretty special to see how their paths have matched up at Western Michigan and in the Great Lakes Summer Collegiate League.