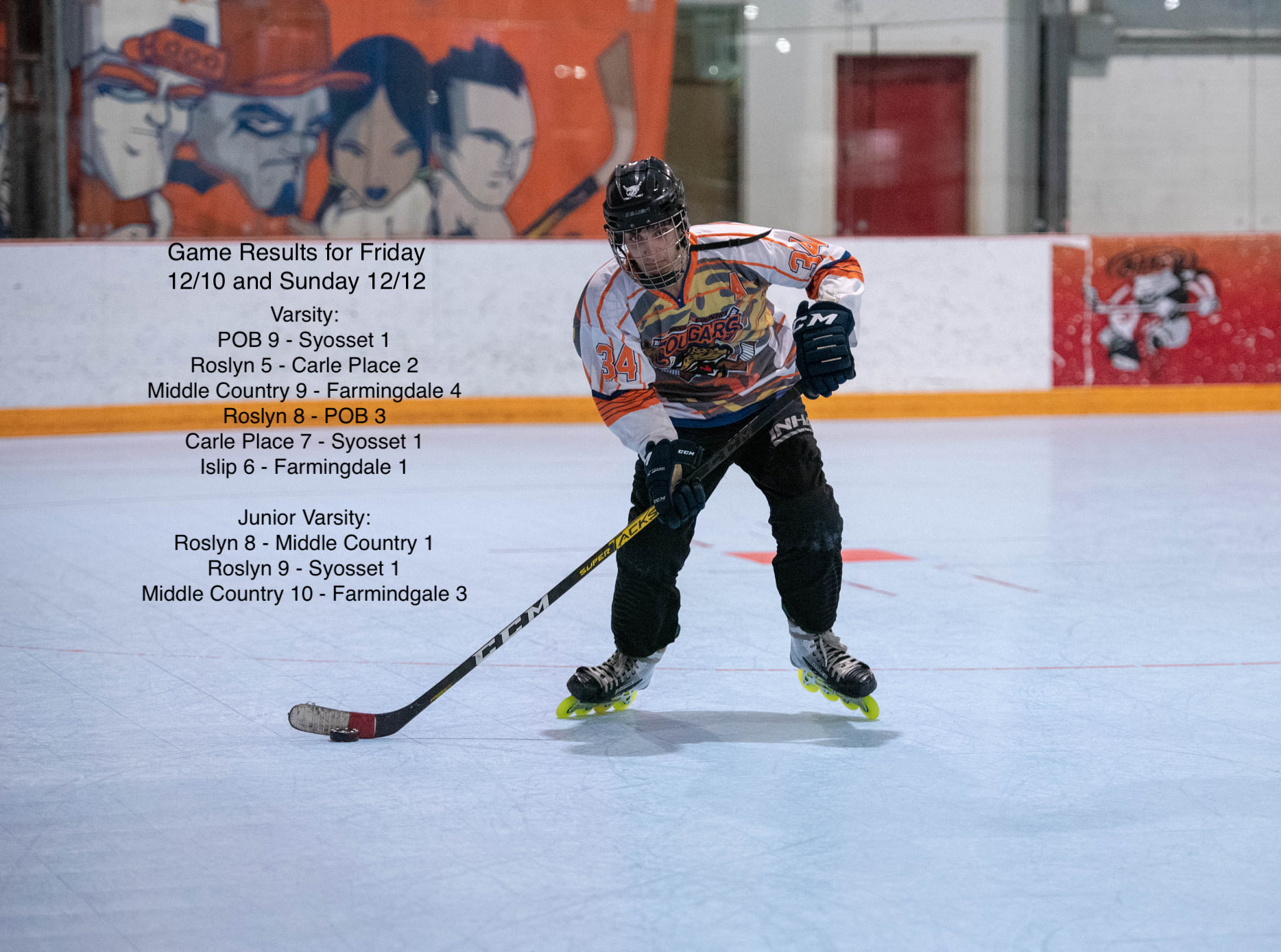 JV:  Roslyn Bulldogs 8 - Middle Country Cougars 1: Roslyn gets into the win column with a complete team effort against the short-benched Cougars. Noah Finkelstein and Benji Rabinovich each had their first goals of the season for Roslyn.

Varsity: POB / JFK Hawks 9 - Syosset Braves 1: The Hawks get their second win of the year thanks in part to Alec Hall’s four goals. Evan Gordon, Mitchell Meyer and Gavin Botkin had several assists to help seal up the win.

Varsity: Middle Country Cougars 9 - Farmingdale Dalers 4: Dante Scibelli had an impressive four goals for the Dalers, but Middle Country was too much to handle in this one. The Cougars had five different goal scorers and Lucas Campanella had a hat trick in his first game of the season.

Varsity: Roslyn Bulldogs 8 - POB / JFK Hawks 3: Roslyn kept their winning ways moving along with an impressive win over POB. Jack Meyer was the recipient of some great passing putting up three goals. Full marks to the Hawks hanging in there with only four players.

JV: Roslyn Bulldogs 9 - Syosset Braves 1: Roslyn had six different goal scorers in this one once they opened the game up in the second half. Syosset gave the Bulldogs a run in the first half thanks to great goaltending by Liz Markey, but Roslyn was too much. Logan Horowitz scored on a great breakaway goal for Syosset.