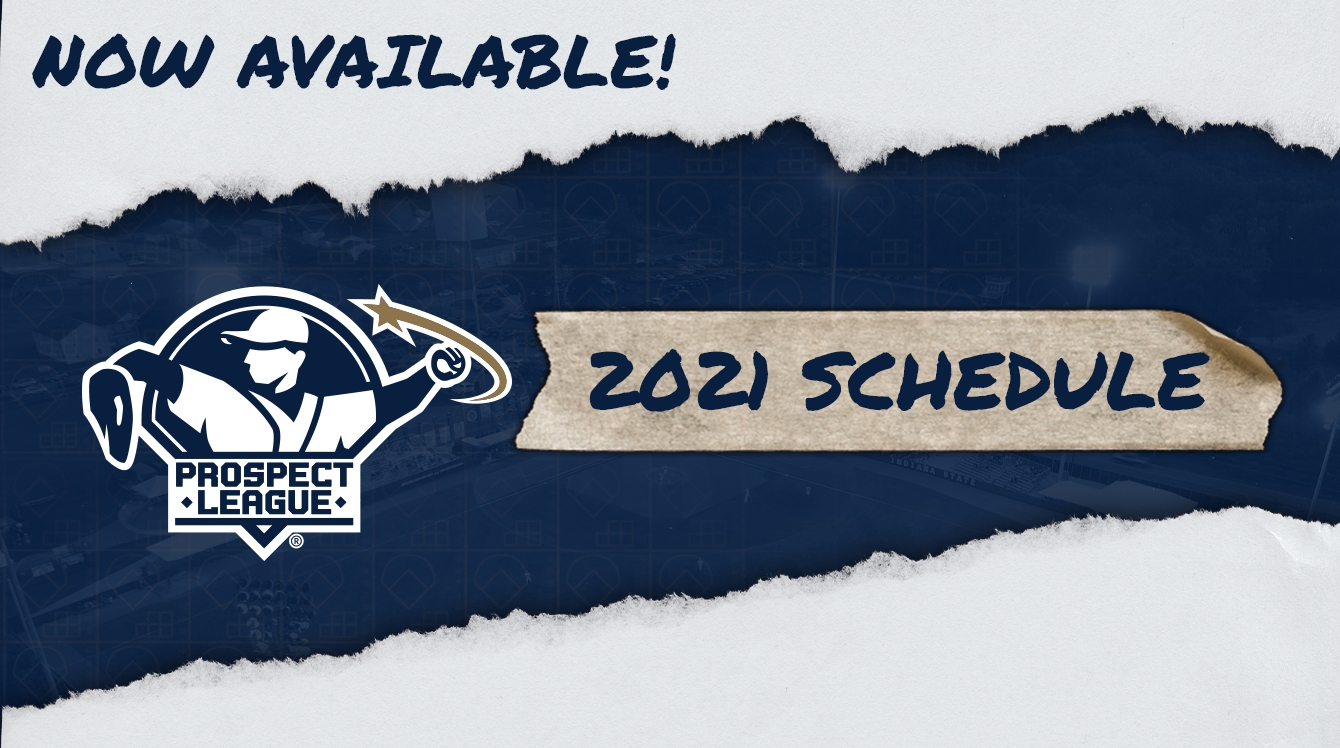 ELKVILLE, Ill. - The Prospect League, home to elite collegiate baseball players from across the country, released its 2021 game schedule Monday. Each team will play a 60-game regular-season in the summer collegiate wood-bat league, opening Thursday, May 27.

The schedule is designed to give players a taste of what it’s like to play minor league baseball. Traveling by charter bus and playing 60 games in just under 70 days in high-quality venues and in front of enthusiastic crowds provides a truly professional experience.

Having last played in 2019, the Prospect League lineup looks a bit different in 2021 with the addition of four new members and five new markets with the Alton River Dragons (Alton, Ill.), Johnstown Mill Rats (Johnstown, Pa.), Burlington Bees (Burlington, Iowa), and Clinton LumberKings (Clinton, Iowa). The O’Fallon Hoots will get to play their first season in the Prospect League after moving to O’Fallon, Mo., following the 2019 season. Additionally, the DuPage Pistol Shrimp will play as the Illinois Valley Pistol Shrimp.

“For the first time in league history, 16 teams will take the field on Opening Night,” said Prospect League commissioner Dennis Bastien. “We look forward to providing all of our fans, in all 16 cities, with the finest in summer collegiate baseball and family entertainment.”

The 2021 season also brings a return to split-season play, with division winners at the end of the first half of the season advancing to a one-game divisional championship August 5. Divisional champions advance to play a one-game conference championship August 7. Both conference champions advance to play one another in the best-of-three Prospect League Championship Series. Game one is August 9 and, after a travel day, game two and, if necessary, game three are August 11 and 12.

“Every fan should look forward to watching their team’s season unfold this summer," Bastien added. "See you at the ballpark!"

Individual teams will be releasing their schedules in the immediate future. To view the complete Prospect League master schedule, click here.