Hockey / BC Trio added to roster ahead of Opener 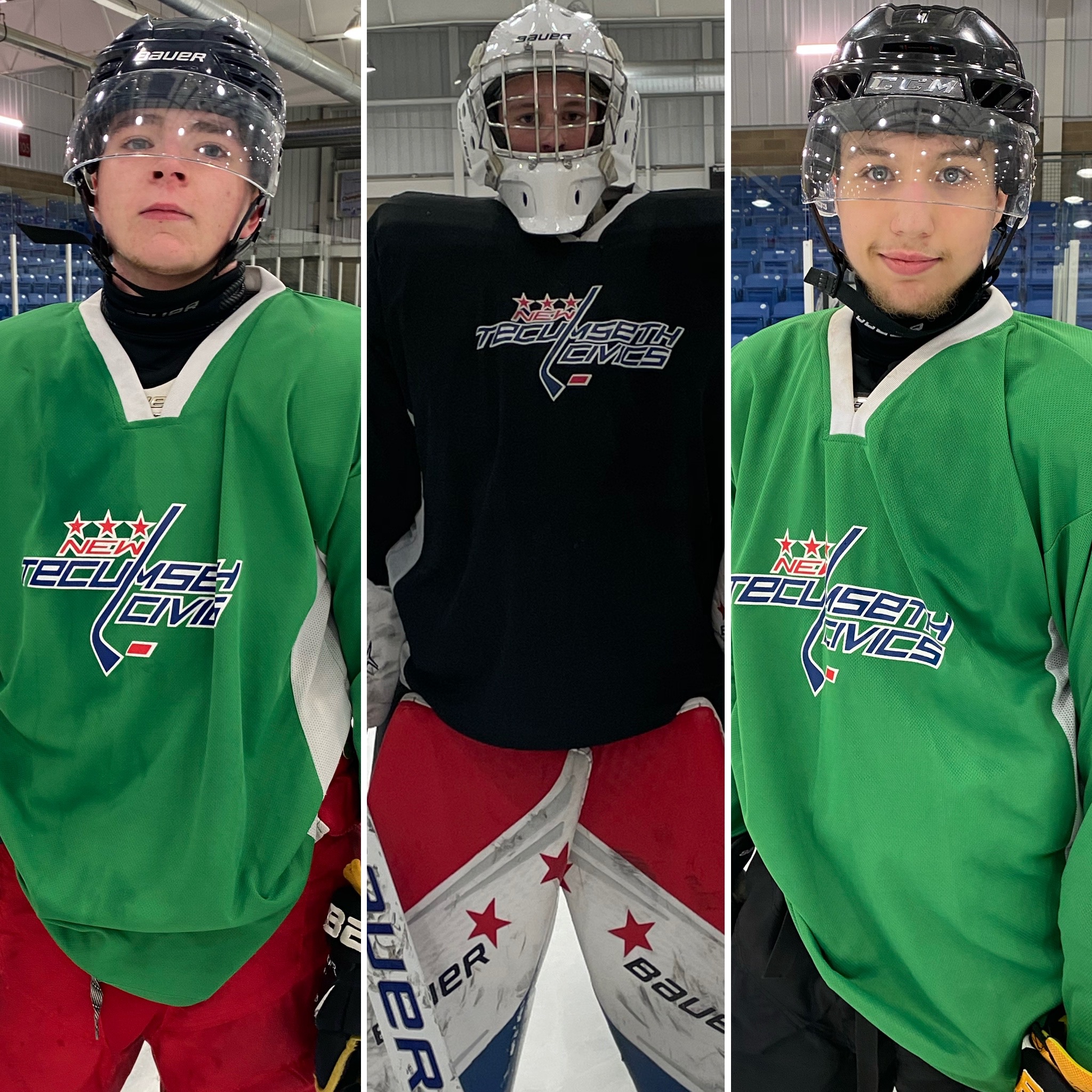 The New Tecumseth Civics are proud to announce the signing of a trio of players from British Columbia, Thomas McManus, Ethan Matthew, and Brayden Wenlock to the roster for the fast approaching 2020-2021 GMHL Season.

The trio are all from Aldergrove, British Columbia and have been coached by Civics Head Coach Joe Cathcart in their younger days of youth hockey!

McManus, 2001 born, was the first to arrive in Ontario this summer where he was doing specialized training with Coach Joe in Richmond Hill, he stands nearly 6 foot tall and throughout the course of the Civics extended camp he has acquired the reputation of being a hard working player who is eager to learn more and improve his hockey IQ while using the skills he naturally has as well!.

Last season McManus played minor hockey in Aldergrove, he will be wearing #14 for the Civics and had this to say about joining the team, “ I’d like to thank the Civics for giving me the opportunity to be apart of the team this year. I’m very excited to start playing and battling alongside my new brothers, as we work our way to the championship!”

Cathcart, “I’m very excited to have Thomas McManus in my Civics lineup. I’ve coached him over the years and he’s grown into a very reliable power forward who isn’t afraid to battle for the puck in places most players avoid. Thomas brings an element of physicality & grit. Hard work always wins.”

Matthew, also 2001 born, is a goaltender who like Jaroslav Halak of the Boston Bruins proves night in and night out that skill is more important than size. Matthew has emerged as a pleasant surprise in the Civics camp coming in as a goalie who was talented but very raw and he has been battling for starter minutes throughout the entirety of camp!

Matthew minor hockey last season for Aldergrove and will be wearing #72 this season, he had this to say about signing in New Tec, “I am very grateful to have been given the opportunity to play in the GMHL and the New Tecumseth Civics. I can’t wait to start my next chapter with such a great group of guys beside me to help me build as a better hockey player. I believe that we have what it takes to win the championship and show everyone what the New Tecumseth Civics are all about.”

Coach Joe, “Teams are built from the net out. Ethan Matthew will be a key piece on our journey to the Championship. Over the years he has played for me in the past, he never let me or his team down. His athleticism and his calm, cool and collected one win at a time approach is the reason he’s in my lineup.”

The youngest of the trio is forward Brayden Wenlock, who arrived with a great attitude and a get it done mentality, throughout the course of camp Brayden has developed into a player the coaching staff can rely on to make the right decision with the puck on his stick, he improves every day and is capable of working his way into any different combination of lines depending on the situation.

Wenlock will be wearing #81 and also hails from the Aldergrove Minor Hockey Association where he played last season, he is excited to once again be working with Coach Joe, “I am very excited to work with Joe this year as I've been coached by him in the past and honestly couldn't have asked for a better coach than Joe. I would say I'm a hardworking playmaker that can win board battles, move the puck around and a great penalty killer. I am very excited to work with the civics this year and hope to make the Civic Nation proud.”

Coach Cathcart about adding the young forward, “Start hard end hard has always been my fundamental approach to coaching and Brayden Wenlock, one of the most memorable players I coached in minor hockey, is now on my Civics roster, because he always gives me and his teammates everything he’s got. Every night. His speed and relentless pressure will make a big impact for the Civics.”

All three have been with the Civics all fall and are ready to begin playing when the Civics start their season up on December 3rd against the Tottenham Thunder!