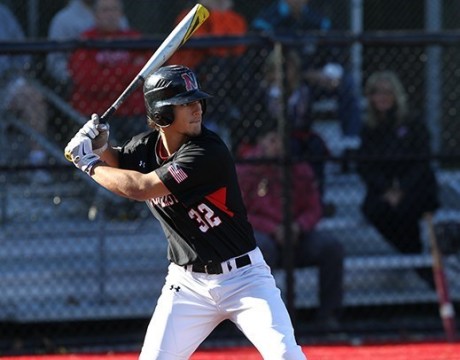 Broadcaster and Director of Media Relations

Junior outfielder Pat Madigan from Northeastern University will join the Ocean State Waves this summer from his hometown of Freeport, New York.

Pat has had a great start to the 2016 season for the Huskies.  He is hitting .326 with 2 homeruns and 14 RBIs.  Madigan’s 31 hits are tied for the most on the team.  His biggest game of the year came on March 27, when he went 4 for 5 with a grand slam and 4 runs scored in a Northeastern win over James Madison.

Madigan had a big sophomore season, hitting .313 with 5 homeruns and 25 RBIs.  His batting average and 67 hits were both the second best on the Northeastern roster.

Prior to attending Northeastern, Madigan went to Holy Trinity High School.  While there, he was the conference player of the year as a senior and a two-time first team all-conference performer.

Pat is majoring in Business at Northeastern.