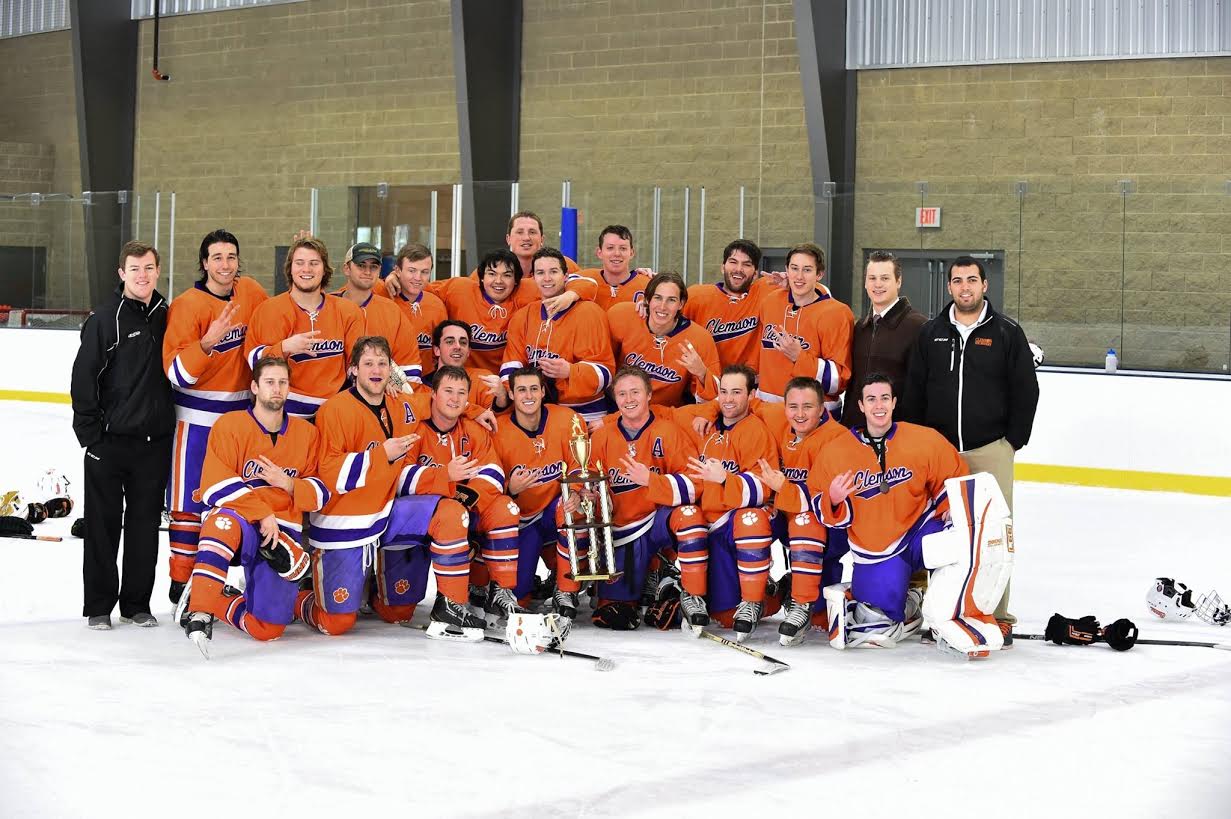 February 6-8 marked the last weekend of the season for the Tigers and they went out with a bang once again! For the third consecutive year, the Tigers end the season by winning the ACC Challenge Tournament in Sandy Springs, GA.

The Tigers defeated Florida State University 6-1 on Friday and the next day they beat Life University 4-1 to close in on the title once again. The weekend was capped off with a hard-fought 3-2 victory over the host team, Georgia Tech, on Sunday. This completed the 3-peat at the ACC Challenge for Clemson University!

With another ACC Challenge victory in the books, the Tigers were hopeful that they would sneak into the regionals picture to keep the season alive. Unfortunately, the final rankings were released and Clemson found themselves ranked 13th in the South Region, which was just 3 spots outside of the tournament. Even though the season had come to an end and the disappointment was at an all-time high, they could not look past the fact that they had an unbelievable season. The Tigers finished the season with a 13-5-1 record and were ranked 10th in the South Region at one point, which was their highest all season.

The end of the season also means another farewell to a great group of seniors. We would like to thank Patrick Young, Matt Morris, Derek Lee, and Connor Megan for everything that they have done for this organization throughout their time here and we would like to wish them the best of luck in the future!