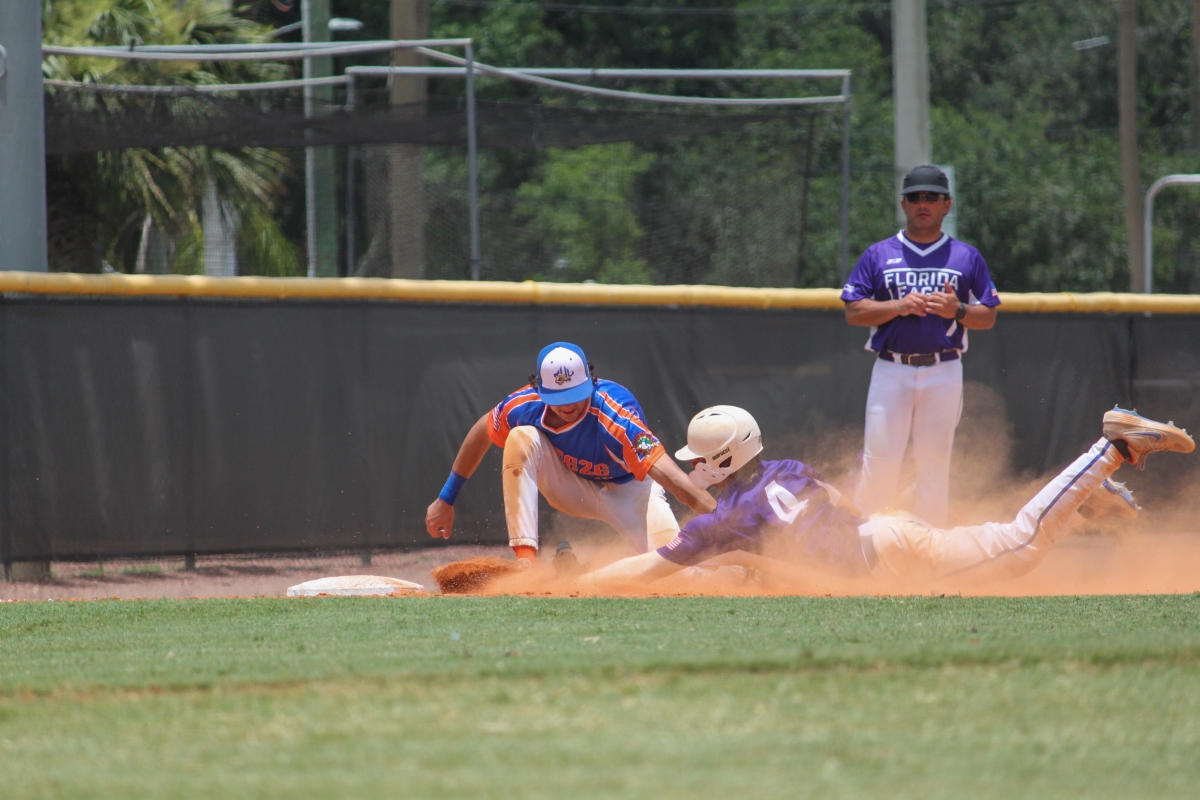 Sanford, FL -  In what was the first collegiate baseball game in over three months, the FCSL season kicked off with a nail-bitter as the Orlando Scorpions (1-0) narrowly beat the Winter Garden Squeeze (0-1). Orlando Scorpions head coach Rob Rikeman was excited to begin the season, and noticed his players were too.

“It’s the first time I’ve been in a college summer league in a long time where I felt like kids weren’t tired from their regular college season. They were really looking forward to being out here,” Rikeman said.

In a hurry to score, Orlando grabbed a 1-0 lead after the top of the first. Jud Fabian (Florida) led off with a walk and stole second and third before scoring on a wild pitch. Despite the run, Winter Garden’s starting pitcher Ethan Brown (Seminole State) struck out three batters to limit the damage.

The Squeeze quickly responded in the bottom half of the inning. Lucas Dunn (Louisville) led off with a double and later scored thanks to a single by Noah Dickerson (Arkansas - Little Rock).

Benjamin Blackwell (Dayton) nearly gave the Scorpions the lead back after racing toward home on a Coldy Halter (Florida) single to right field. The Squeeze’s right fielder, Kenny Rodriguez (Arkansas - Little Rock), wasn’t going to let that happen. He sprinted to the ball and chucked it to home plate, where Cale Jones (Webber International) applied the tag just in time.

However, Orlando continued to be aggressive and added a run in the top of the third. Roddy Martin (Florida State) walked and stole second base soon after. A Kirby McMullen single brought the Seminole home and gave the Scorpions a 2-1 lead.

For the next three innings, it was a duel between each pitching staff. From the fourth through the sixth inning, eight strikeouts were recorded by both teams combined and only one hit  was allowed. Nick Davila (South Florida) struck out three batters over two innings for Orlando, while Carson Crossley (Seminole State College) and Chad Wallen (Francis Marion) added a pair for Winter Garden.

The Scorpions eliminated almost any hopes the Squeeze had of winning in the top of the seventh. Paul Castillo (Florida Tech) and Brooks Rikeman (Jacksonville) knocked in a run each and secured a 4-1 victory for Orlando.

It was a hard-fought win, and despite some struggles, the Scorpions edged out a win, which Head Coach Rikeman credits to some successful work on the basepaths.

From the four runs scored, a combined four bases were stolen en route to home plate. Overall, Orlando swiped eight bags. Jordan Powell (North Greenville) was credited with the win for the Scorpions and David Litchfield (UCF) received the save.

Both teams are back in action tomorrow. Orlando hosts the Sanford Mavericks tomorrow at Conrad Park with a first pitch of 11 A.M. Winter Garden is back at Sanford Memorial Stadium hosting the Winter Park Diamond Dawgs at 11 A.M. as well.