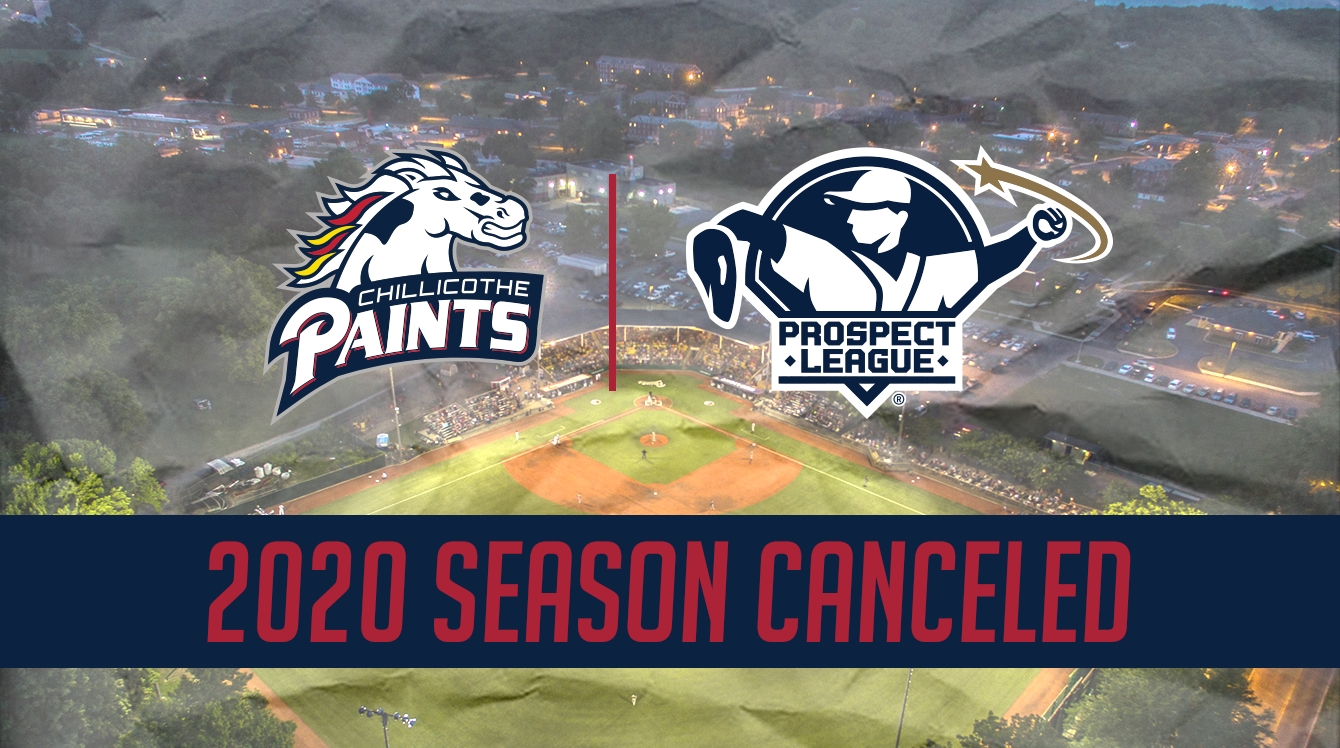 CHILLICOTHE, Ohio – Friday morning, the Prospect League announced the heartbreaking determination to cancel the 2020 season. The decision was based on the varying COVID-19 pandemic guidelines for safety, protection and limits on public gatherings and travel across the five states that are home to Prospect League teams.

The cancellation did not come without tireless effort to try to find a way to play. “We sure did our due diligence,” Chillicothe Paints Managing Partner Bryan Wickline said. “We’ve spent weeks and weeks of exploring options and gathering other teams’ information on their local and state guidelines. There were so many factors out of our control as far as other teams in the league were concerned.”

“The whole situation is just sad,” Wickline added. “There are still so many unknowns as it relates to the slow opening of the other states in our league. We had two teams lose the ability to play in their facilities a week or so ago. It came to a point where we were just running out of time and still had a lot of unanswered questions.”

In addition to Ohio’s reopening guidelines, the Paints and the Prospect League are also at the mercy of four other states’ guidelines (West Virginia, Indiana, Illinois and Missouri), which all currently differ from one another. “It comes down to the Paints have to have teams to play,” said Wickline. “We have two teams in Ohio in the Prospect League (out of 12). Ohio has been one of the quickest states to open up, especially for baseball and softball games. And, for that, we’re very thankful.”

Although the Paints won’t be playing baseball for the first time since their first season in 1993, the organization will be hosting baseball and softball games and other events throughout the summer and fall. In fact, the Paints and VA Memorial Stadium will be hosting high school and youth travel baseball teams beginning June 2. American Legion teams and softball games will also be played, with some extra safety measures. Anyone attending these events at VA Memorial Stadium must adhere to new rules and regulations based on local, state and federal guidelines, which be found on the Paints’ website here, and on signs at the stadium entrance.

“Let’s just say there will be plenty of masks and hand sanitizer to go around,” Wickline explained. “We will follow the mandates and guidelines given to us for the facility to open safely. If you feel sick or if you’re uncomfortable being outside in an open setting around others, we kindly ask that you stay home.”

Masks will be required for everyone if the six-foot social distancing guideline cannot be maintained. “It’s a VA Hospital grounds mandate,” Wickline said. “However, the stadium can hold over 3,000 people, so keeping your distance from others should not be an issue, as these types of events typically draw less than 100 fans.”

The Chillicothe Paints do plan to defend their Prospect League championship and continue their tradition of providing affordable family entertainment to the area next summer. “It’s important to put the Paints in a position to return for the 2021 season,” Wickline added. “That’s our main focus now.”

We would like to thank our loyal fans, sponsors, booster club and host families for their continued support and look forward to playing again in 2021. “That’s the best we can hope for right now,” Wickline added.