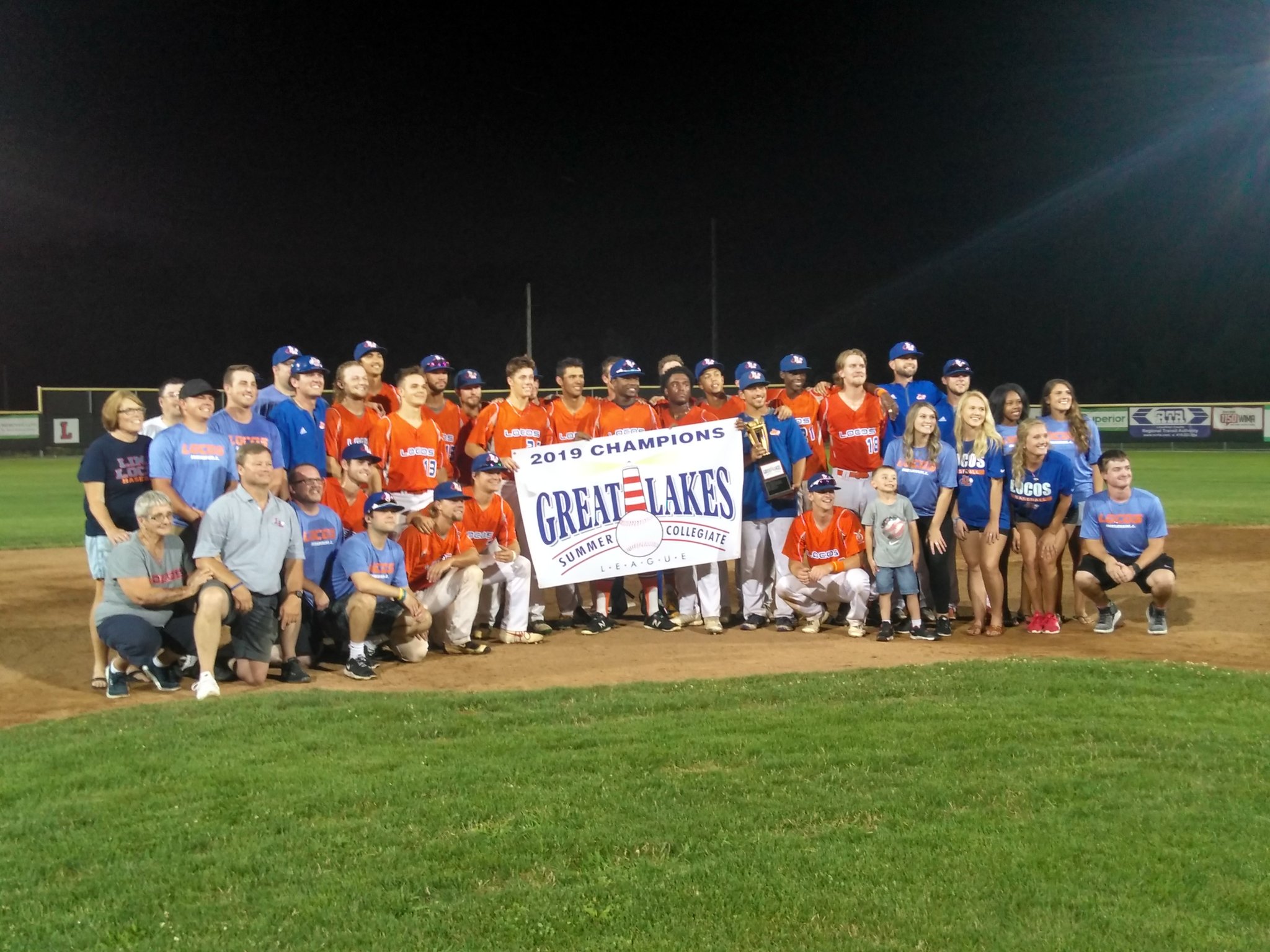 The stadium was packed. The game was close. The energy was high, and the fireworks were ready to be set off. And then, after Jacob Pennington struck out the final batter in the ninth - the home Locos fans could let go of their nerves and celebrate a sixth GLSCL championship.

After the Locos dominated the Settlers 7-0 in Newark in Game 1 of the series, it looked like they would have an even better chance to capture the best-of-three series in the second game - which would be played in front of their home fans in Lima. However, the Settlers came out hot in Game 2 with a 9-0 lead midway through the eighth inning. The Locos battled back, though, with their offense that has had so many breakout innings this summer. They scored three in the eighth and three in the ninth - but it was too little and too late, and the Settlers won 9-6.

Someone was going to come away with a GLSCL title on Monday night - until the game got postponed due to weather. Tuesday night was 84 degrees and sunny, however, so a champion would definitely be crowned. Jared Rine got the nod for the Locos and Liam Devine would start for the Settlers. The pitchers had combined for a 9-1 record in the regular season, and the day off only helped them get more rest. It did not get off to a good start for the home team, as Cael Baker hit a two-run shot for the Settlers in the first inning to make it 2-0. Lima would respond at the bottom of the inning with Nick Colina's RBI single which scored Randon Jernigan. Rine would settle in after the first - and the offense helped him in the fourth. Zach Sweet and Ryan Smith each knocked a runner in, and Xavier Haendiges brought in two to give the Locos a 5-2 lead. For the Settlers, Andrew Eng answered in the fifth with a solo shot to bring the lead down to two.

That score would stay at 5-3 for the rest of the game. After Rine's five innings of work, Jacob Pennington would throw four innings of two-hit baseball. For the Settlers, Nick Meyer threw 2 1/3 innings of scoreless ball. In the top of the ninth, Eng reached on a walk for the Settlers and the tying run stepped up to the plate. But Pennington struck out Sam Wilson and the Locos stormed the field and dogpiled just behind the pitcher's mound as fireworks shot behind the centerfield wall. The Locos had captured their sixth GLSCL title and continued their peculiar streak of winning it in an odd-numbered year - their most recent championships have come in 2011, 2015, and 2017. Now they are 2019 GLSCL Champions.

Congratulations to all the players of the Lima Locos, the Licking County Settlers, and all the players who participated in the GLSCL this summer. We wish you the best of luck in your careers and hope you never forget your summer of 2019!