Baseball / Don't Know His Name Yet? You Will Soon 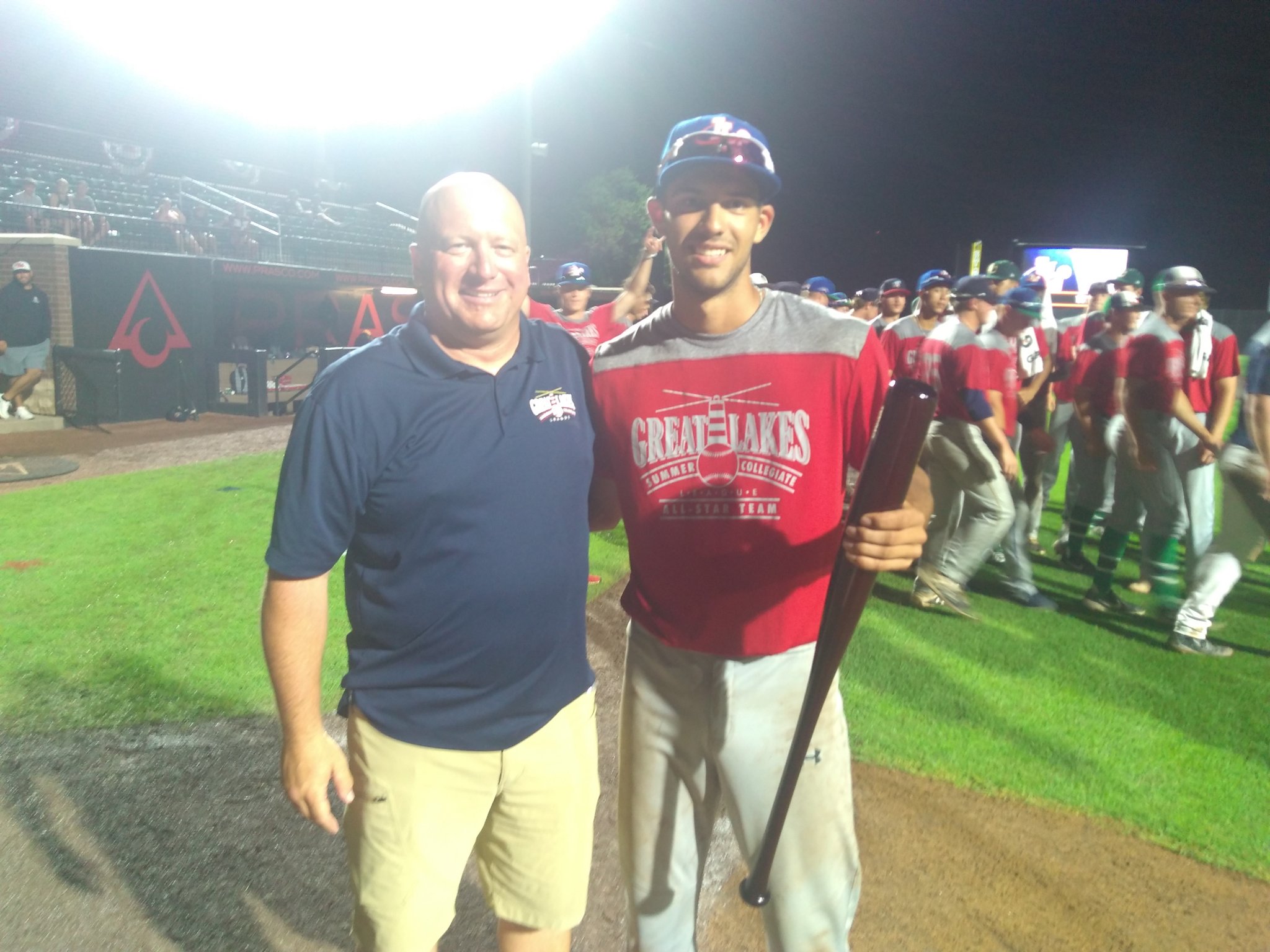 If you don’t know who Tyler Tolve is now, it may not be too long before you do know. The Lima Locos star has made a name for himself this summer – and his list of accomplishments have been so long that it might be best to just list them all.

·         Hit a two-run home run during the GLSCL All-Star Game in Mason, Ohio at Prasco Park. The North team won by a score of 6-4 and Tolve won the All-Star Game MVP Award. It was also his birthday!

·         Beat the Great Lakes League record of 52 RBIs in a season which was set by the Copperhead’s Blaine Crim last year at 52. Crim was just selected by the Rangers in the 2019 Draft and is now hitting .327 at the Single-A level with the Spokane Indians. Tolve finished with 53 RBIs in the regular season.

·         Had one of the best seasons ever by a Lima Locos player through the team’s long, illustrious history.

Tolve has three hits so far in the postseason with four runs, two RBIs, and three walks. He even pitched a couple of innings this season – striking out three and not allowing any runs. The Marietta, Georgia native attends Kennesaw State University and will be starting his sophomore year with the Owls baseball team this coming spring. Tolve hit .328 during his freshman season with the Owls with 39 hits over the 37 games he played in. The Locos host the Settlers tonight where they will attempt to bring their 6th GLSCL title to Lima. They have previously won it all in 1993, 2004, 2011, 2015, and 2017. If they lose tonight, they will play in the final third game of the series on Monday in Lima where the winner of that game will be the champion – should it be necessary.