Baseball / Getting to Know Player of the Week Austin Hatfield 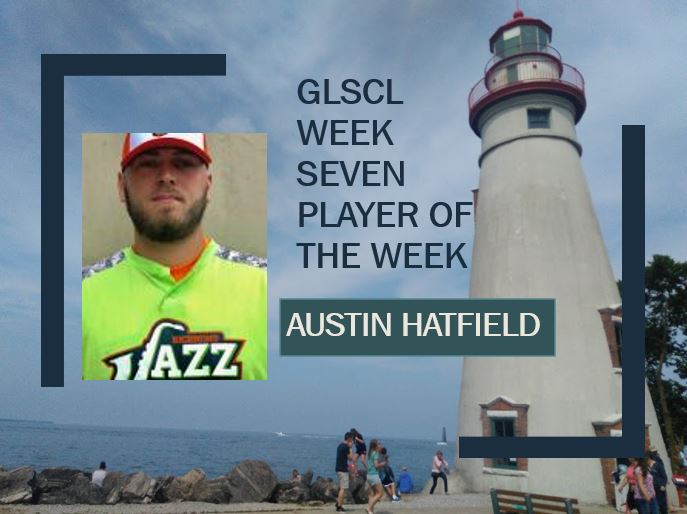 Austin Hatfield captured the seventh and final GLSCL Player of the Week Award. Hatfield plays for the Richmond Jazz and was hitting at a .591 clip this past week. In the five games he played in, he had thirteen hits and scored five runs. Five of the thirteen hits were for extra bases – four were doubles and one was a home run. He only struck out twice during the week, and he knocked in nine RBIs.

Hatfield attends Earlham College and plays for the Quakers baseball team. The catcher and first baseman had just finished his freshman year before joining the Jazz this summer. In 35 games, he hit .276 with the team and had 35 hits. He had 20 RBIs and 19 runs himself. Additionally, he had six doubles, a home run, two stolen bases, and twelve walks. Hatfield is from Liberty Township, Ohio and majors in Global Management at Earlham. He has a superstition where he avoids stepping on the foul line.

In 21 games this summer hitting with the Jazz, Hatfield hit .314 and had 22 hits. He had 14 RBIs, scored 10 runs, and hit a couple of home runs. He had a terrific game on July 20th in an 11-5 win against the Xenia Scouts. In that game, he went 4-5 at the plate with two singles, a double, and a home run. When combined with his four hits the day before and his three hits the day after, Hatfield has eleven hits in a three-day span. This bumped his batting average from .188 to .323. He also pitched a little. In 3 1/3 innings, he struck out four and walked two and posted a 4.20 ERA.

The Richmond Jazz concluded their season with a 15-26 record. Hatfield will be at Earlham next year as he plays out his sophomore season.