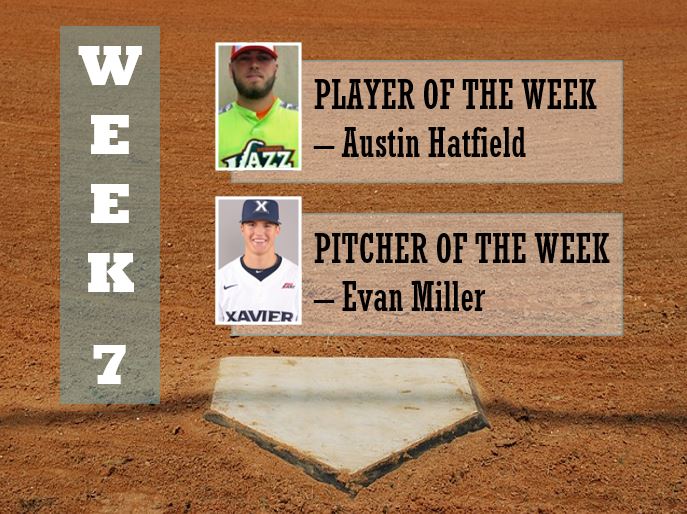 Austin Hatfield was hitting at a .591 clip this past week. In the five games he played in, he had thirteen hits and scored five runs. Five of the thirteen hits were for extra bases – four were doubles and one was a home run. He only struck out twice during the week, and he knocked in nine RBIs.

Evan Miller threw 6 1/3 innings over two games. During that time, he had fifteen strikeouts and walked just two batters. He allowed just four hits and had a perfect ERA of 0.00. He earned the win in the Steam’s 10-4 victory over the Hamilton Joes.

Stay tuned over the next few days to get a closer look at these two final weekly award winners!