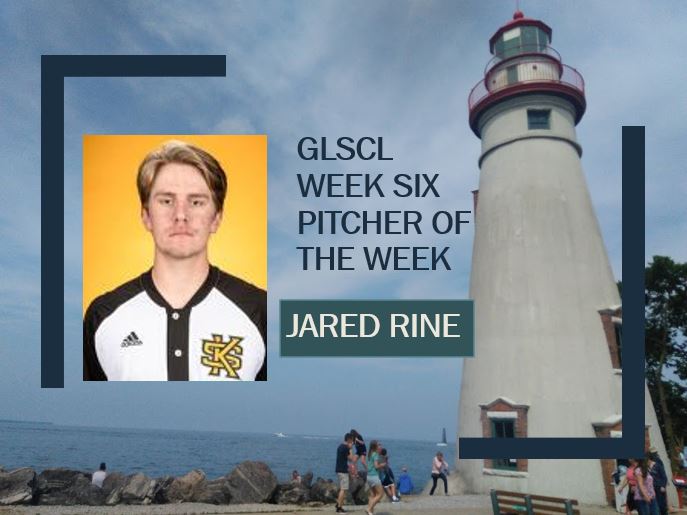 Today we are looking at the Week Six GLSCL Pitcher of the Week and recent All-Star Jared Rine of the Lima Locos. Rine threw nine innings of baseball this week without giving up an earned run. He had sixteen strikeouts in that span while allowing just two walks and four hits. He started one of the two games he played in – earning a win against the St. Clair Green Giants.

Rine is an incoming sophomore at Kennesaw State University. The 6-4 pitcher for the Owls is originally from Powder Springs, Georgia. With the Owls this past season, Rine made sixteen appearances and started once. He posted a 3-5 record and a nice 3.44 ERA. He pitched 36 2/3 innings over those sixteen appearances and struck out 39 while additionally earning two saves. Rine threw a no-hitter when he played for Hillgrove High School. He intends on studying Exercise Science.

Rine had an outstanding 4-0 record with the Locos this summer and a stellar 1.22 ERA. In twelve games, he has pitched 28 2/3 innings, starting one game and picking up a save as well. He has thrown a whopping 45 strikeouts and has allowed just ten walks. In last night’s All-Star Game, Rine had a strikeout and gave up two hits in his inning of work but didn’t allow any runs to score during the North’s 6-4 victory over the South.

The Locos have the best record in the GLSCL with a 24-11 mark and a .686-win percentage. They have one remaining series against the rival Mariners before closing off the regular season on the road against the Clippers.