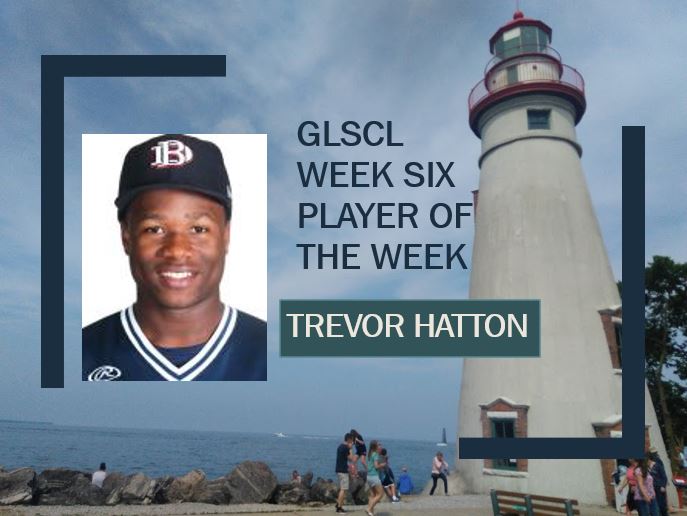 The Week Six Great Lakes Summer Collegiate League Player of the Week Award was recently earned by Trevor Hatton of the Lima Locos. Hatton hit .483 this week with 14 hits over 29 at-bats. Four of those hits were doubles, one was a triple, and one was a home run. Hatton knocked in ten RBIs and had nine runs of his own this week. In the six games he played, he had seven stolen bases and was successful in each of his stolen base attempts.

Hatton finished his freshman year with the Dallas Baptist Patriots. He is originally from Lancaster, Texas and was a four-year letterman at Lancaster High School. He was twice named an All-District Selection during his prep baseball career. Hatton’s Dallas Baptist teammate Cole Reeves is also a member of the Lima Locos. Hatton is majoring in Broadcast/Digital Media.

He has a .333 batting average so far through this GLSCL season with 42 hits and four of those being home runs. On July 13th in a 6-1 win over the Green Giants, Hatton had four hits in five at-bats. He had two doubles in that game, scored twice, batted in a run, and had two stolen bases. Hatton is sixth in the league in hits and is tied for the league lead in triples.

The Locos have the best record in the GLSCL with a 24-11 mark and a .686-win percentage. They have one remaining series against the rival Mariners before closing off the regular season on the road against the Clippers.