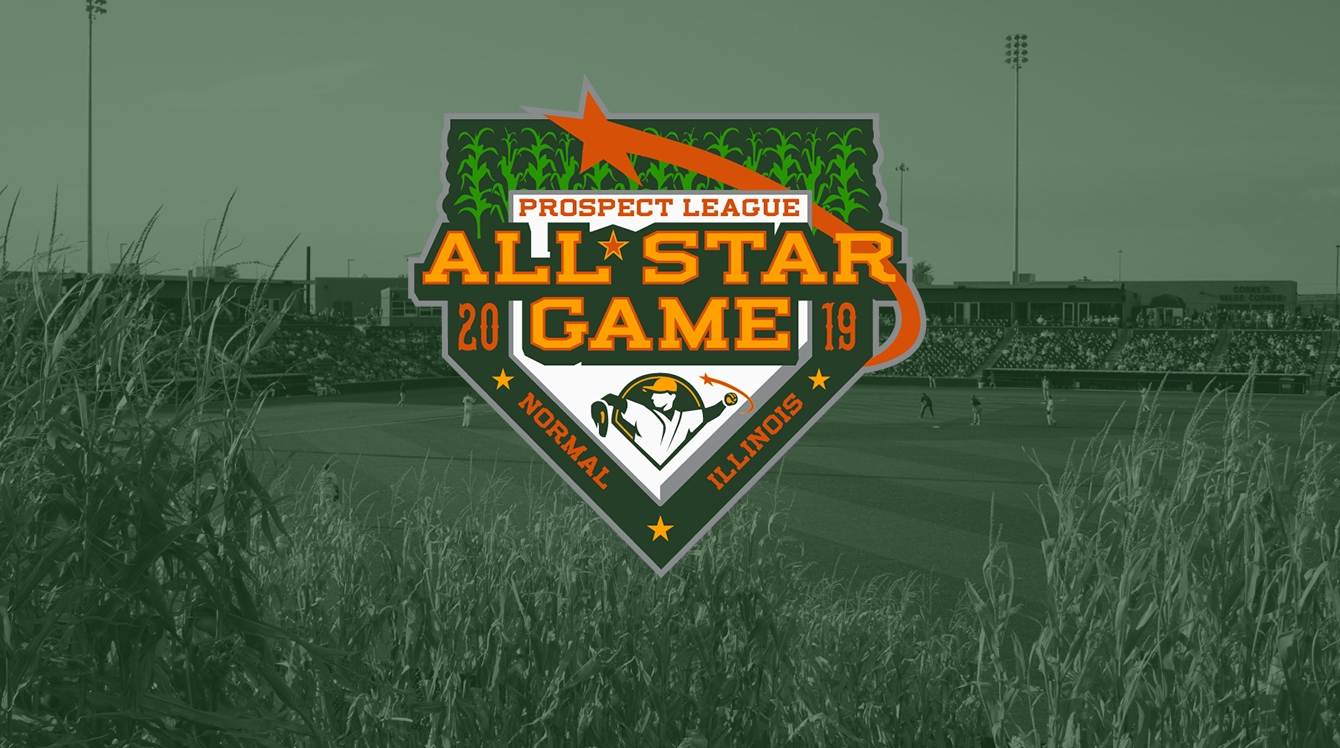 ELKVILLE, Ill. - The Prospect League is pleased to announce its 2019 All-Stars who will participate in this year’s All-Star Game & Home Run Derby presented by State Farm, the Town of Normal and Ameren at the Corn Crib in Normal, Ill., hosted by the Normal CornBelters July 22-24.

"The Prospect League is proud to announce a spectacular event for this year's 2019 All-Star Game and festivities at our newest ballpark, the Corn Crib, in Normal, Illinois,” said Prospect League Commissioner Dennis Bastien. “The Staff and management of the CornBelters have put together an amazing array of St. Louis Cardinals and Chicago Cubs royalty to attend, be a part of and welcome the fans. With sixty All-Star players representing our twelve teams, this should be an amazing event.”

“I can’t tell you how excited we are to be hosting this year’s Prospect League Home Run Derby, All-Star Luncheon and All-Star Game brought to you by State Farm, the Town of Normal and Ameren,” stated Normal CornBelters General manager Todd Kunze. “Our sponsors have been great to us and truly make events like this possible”.

The Prospect League Home Run Derby takes place Monday, July 22. Gates open at 4:45 p.m. for an autograph session from 5-6:45 p.m. featuring MLB legends Andre Dawson, Whitey Herzog, Bill Madlock, and Rick Ankiel. The Home Run Derby begins at 7 p.m. with a guest appearance by The Inflatamaniacs. After the Derby, the Corn Crib is hosting a Postgame Party with fireworks and live music by Hot Sauce Universe.

All-Star festivities continue Tuesday, July 23. An all-star luncheon will be held at The Radisson in Normal at 11:30 a.m. with guest speakers Rick Ankiel and Bill Madlock. The 2019 Prospect League All-Star Game begins at 7:05 p.m. at the Corn Crib, gates open to the public at 6 p.m. Once again, The Inflatamaniacs will make an appearance.

The East Division leading Danville Dans landed nine players on the All-Star roster, the most of any club this season. Chillicothe and Lafayette both have five all-stars, while four from Champion City and Terre Haute and three from West Virginia were named all-stars.

“I encourage all baseball fans to come see these incredibly talented young men play for bragging rights for their division,” Kunze added. “I look forward to seeing all of you at the Corn Crib Stadium.  Play Ball!!

Tickets to all 2019 Prospect League All-Star events are available online at www.CornBeltersBaseball.com, via phone by calling (309) 454-2255 and at the Corn Crib box office.

The Prospect League, in its current form, began when the long-running Central Illinois Collegiate League (CICL) merged with several expansion franchises, reorganized and rebranded as the Prospect League prior to the 2009 season. The Prospect League is home to elite-level professional baseball prospects who currently play in college. The league is set up to provide a high level of competition in a minor-league setting that benefits players and scouts. Member franchises also seek to enrich their communities by providing quality, affordable, fun entertainment throughout the summer months.