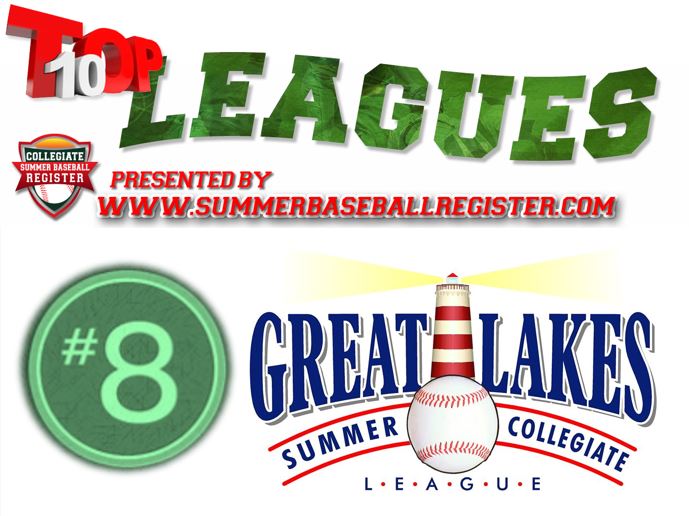 The Great Lakes Summer Collegiate League has been ranked as the eighth best summer collegiate league as determined by the Collegiate Summer Baseball Register. The GLSCL was given a Team Roster Score of 4.20, which was just behind the Valley Baseball League at 4.22, and right ahead of the Northwoods League at 4.18.

The Collegiate Summer Baseball Register “scored each player based on the competition level of his college program. Points were given for each NCAA level as well as for Junior Colleges, NAIA, NCCAA, CCCAA, and NWAC. Extra credit was given for P5 and G5 conference teams as well as for top 25 ranked programs. Upperclassmen were given higher scores than underclassmen. The average roster scores of league cohorts determine league ranking.” Their ranking system included 32 summer collegiate leagues.

The GLSCL was the only league on the top ten list that was not in the top ten last year. Our league was an honorable mention in 2018 and jumped up eight spots to finish in eighth for this season’s rankings. The Cape Cod League was the overwhelming first-place league. Their Average Team Roster Score was 7.17 while the second-place team – the New England Collegiate Baseball League – had a score of 4.92.

The best of the Great Lakes League will be performing in the league’s all-star game tomorrow on July 16th at 7:05 at Prasco Park in Mason, Ohio.