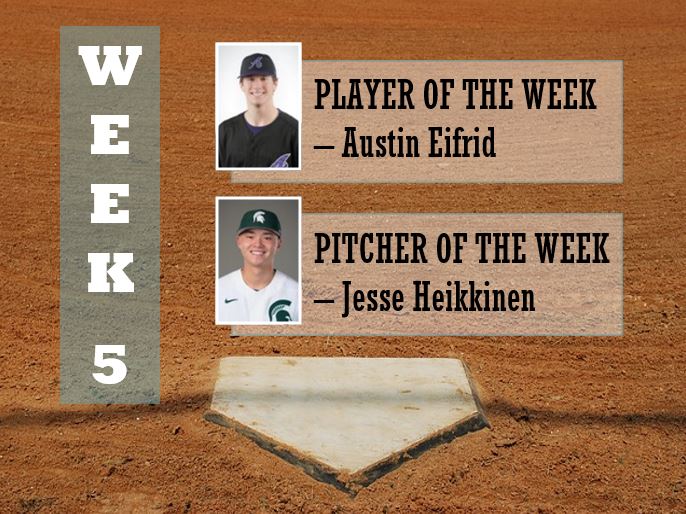 The Player of the Week for the fifth week in the GLSCL season is Austin Eifrid of the Muskegon Clippers. The Pitcher of the Week is Jesse Heikkinen of the Lake Erie Monarchs.

In his 24 at-bats over seven games this week, Austin Eifrid hit .458 with eleven hits. He had twelve runs and ten RBIs. Four of his eleven hits were for extra bases – two were doubles and two were home runs. He had three walks and struck out just once at the plate. Upon reaching base, he was six for six when stealing. And it must be acknowledged that he did all this while being hit by a pitch five times this week!

Jesse Heikkinen was the starting pitcher for the Monarchs in two of their games this week. Over those games, he threw 10 1/3 innings and didn’t give up a single run. He threw thirteen strikeouts and gave up three walks. He allowed just six hits and earned the win in one of his appearances.

Pay attention over the next couple of days for articles on our league site and social media pages that will take a closer look at these two GLSCL stars!