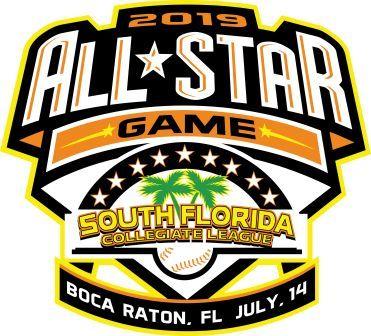 The 2019 SFCBL All-Star Game will be held on Sunday July 14th at Florida Atlantic University in Boca Raton, Florida.  Batting practice will start at 11:30 AM with the game commencing at 2:00 PM.  Coaches and General Manager's submitted their selections Sunday evening making the selections on statistics, prior draft history and overall pro potential.  Selections are expected to be announced Tuesday evening via the SFCBL website and social media channels.

The demographics of the game include players from 12 different U.S. States and 5 different countries/territories including the United States, Puerto Rico, Dominican Republic, Canada and Cuba.  The field consists of 36 Division I, 11 Division II, 3 Division III, 22 Junior College & 3 NAIA players.  Three of the players in the game have previously been drafted by a Major League team.

ESPN West Palm Beach will be on site and the game will be broadcasted via internet TV and radio.

Come on out and support Major League Baseball's future stars of tomorrow!

Week 6 Player & Pitcher of the Week