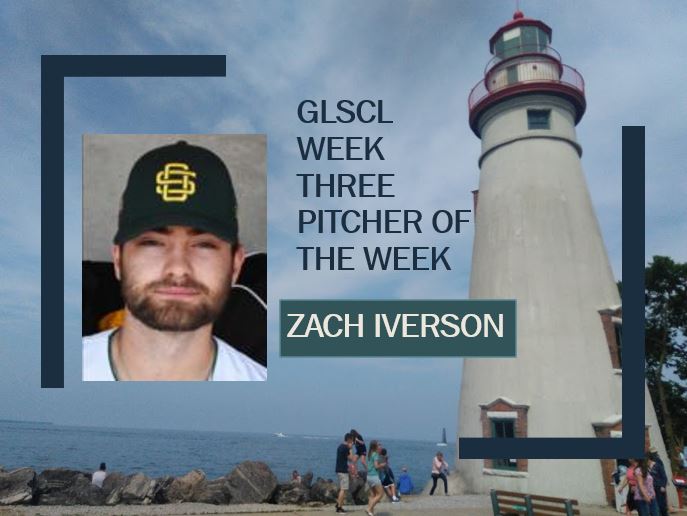 Zach Iverson of the Southern Ohio Copperheads earned the Great Lakes Summer Collegiate League’s Week Four Pitcher of the Week Award. In his start, Iverson threw seven solid innings with ten strikeouts and just one walk. He gave up six hits and no earned runs. The Copperheads won that game on Saturday against the Locos 6-5.

Iverson is a 6-2 junior from Michigan State and has mainly helped them from the plate more than the mound. He got off to a hot start as a freshman – starting in 42 of the Spartans’ 44 games while earning a spot on the Big Ten All-Freshman team. Iverson was tied for second on the team in doubles and triples that year and had a 10-game hitting streak. In this past season as a sophomore, he started in 43 games. He went 3-4 with two doubles and two RBIs against the 24th ranked Iowa Hawkeyes on May 10th in Iowa City. As a pitcher, he has thrown 8 1/3 innings over his two years with a 3.24 ERA. Iverson is majoring in Business at Michigan State.

So far this season with the Copperheads, Iverson is 3-0 with an outstanding 1.12 ERA. In 31 innings pitched, he has struck out 39 and walked just 5. As a hitter, he is hitting .380 with 19 hits, 11 runs, a home run, and 9 RBIs through July 1st. He has had three occasions so far this season where he has had three hits in a game. The Copperheads have a 13-11 record currently but are on a hot streak as of late – winning 9 of the last 12 games they’ve played in after an 8-5 win over the Scouts on Tuesday night. The Copperheads won’t play at home until next Wednesday. They will face the Scouts twice more before playing a three-game series against the Steam and one with the Joes. The last two games in the series with the Joes will be played at home for the Copperheads.