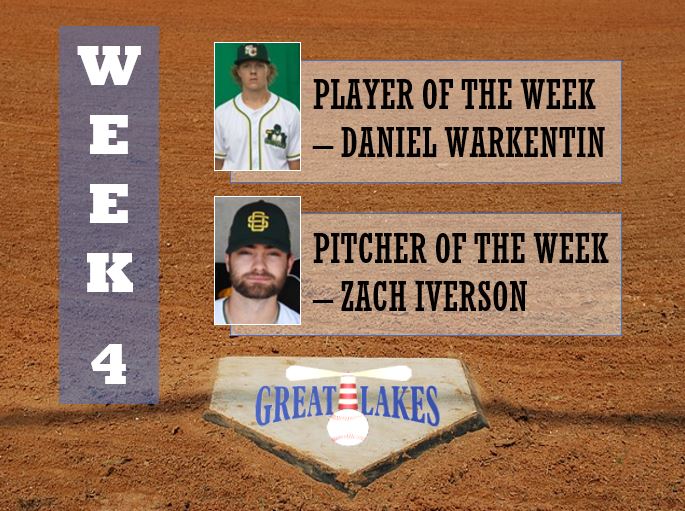 Daniel Warkentin had an insane week at the plate. The Green Giants infielder had nine hits – and all nine of them were for extra bases. He had four doubles, a triple, and four home runs. This led to 19 RBIs in his six games from Tuesday to Sunday. Warkentin scored seven runs, walked three times, and was hit by a pitch once. He hit .375 for the week.

Zach Iverson threw seven innings in his start this week. He gave up no earned runs and earned the win for the Copperheads hile throwing ten strikeouts and allowing just one walk. For the year, Iverson is 3-0 with a 1.12 ERA and has a batting average of .380 at the plate.

Stay tuned over the next couple of days to get a closer look at these two GLSCL stars!