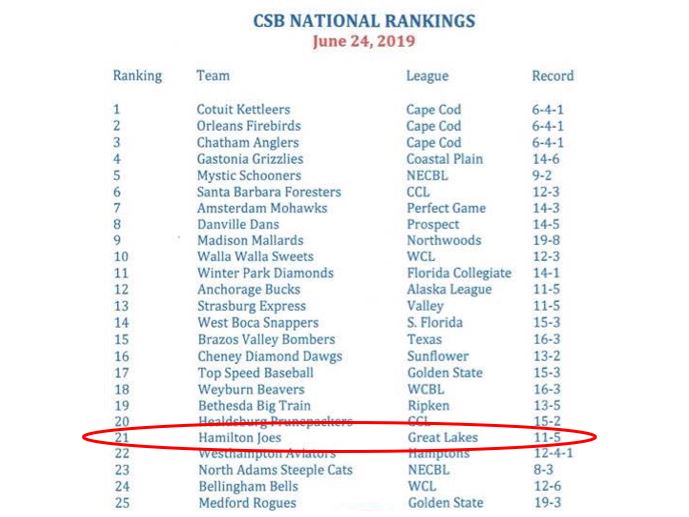 The Hamilton Joes were recently ranked as the 21st best summer collegiate baseball team in the country by Collegiate Summer Baseball. This is the first set of rankings for the summer.

Collegiate Summer Baseball covers over 30 leagues and 250 teams nationwide. The top three teams were all members of the Cape Cod League – the Cotuit Kettleers, the Orleans Firebirds, and the Chatham Anglers.