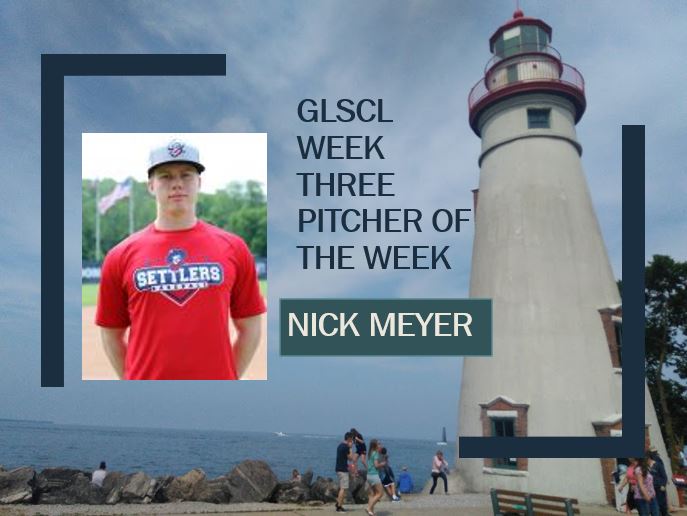 Nick Meyer of the Licking County Settlers recently won the GLSCL Week Three Pitcher of the Week award. In the previous week, Meyer earned a save in each of the four games he pitched in. In his four innings thrown, he only gave up one hit while striking out eight and walking just one. He didn’t allow any runs, and he currently leads the league in saves. Opponents are hitting a dismal .122 when Meyer pitches, and their on-base percentage is just .213.

Meyer is a 5-10 junior originally from Cincinnati. He plays for the Otterbein Cardinals and was a part of the 26-18-1 team this year. He is both a pitcher and catcher for the Cardinals and was a two-year letterman in baseball in high school at St. Xavier. Meyer is majoring in Mechanical Engineering.

In his season so far with the Settlers, Meyer is yet to allow a run through 12 2/3 innings over nine games. He has allowed just 5 hits and 4 walks while striking out 19. The Settlers play the Clippers on Wednesday before closing out interleague play and the month of June against the Monarchs and the Graders. The Settlers are 12-7 on the season.