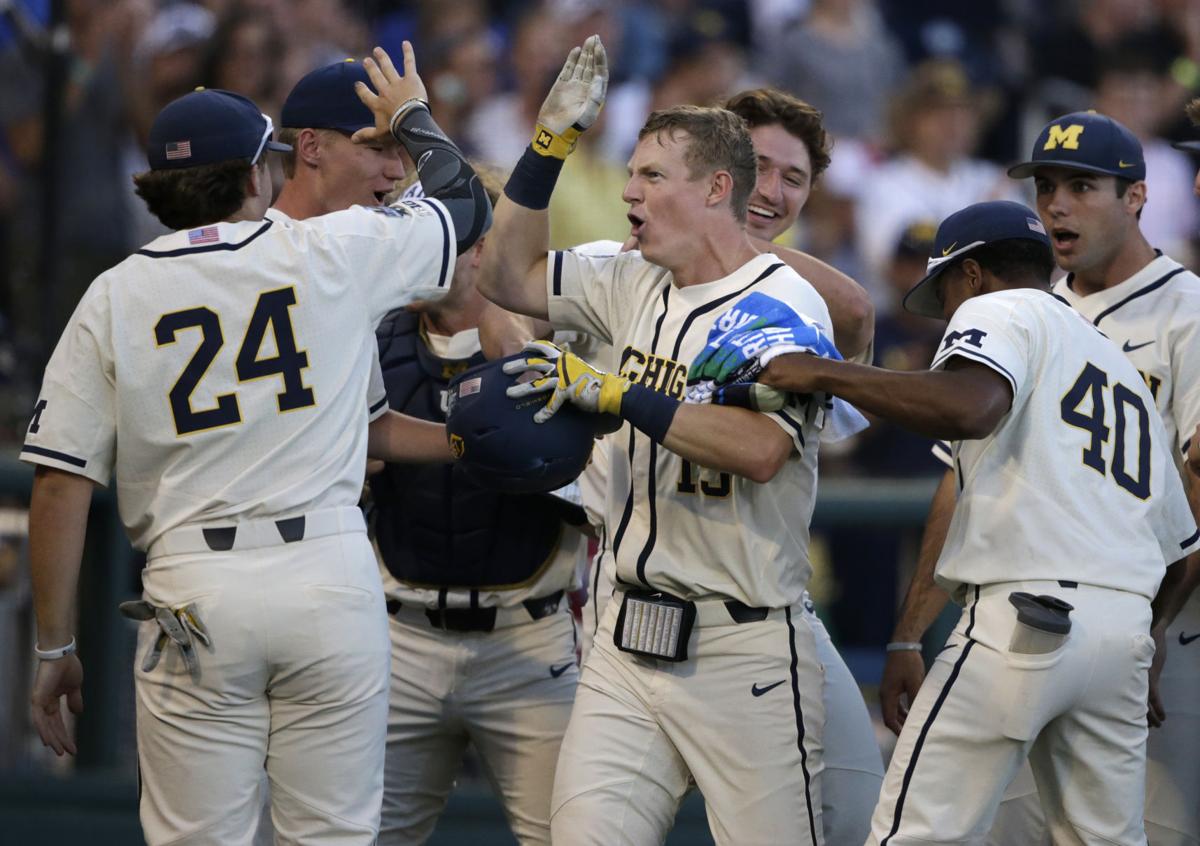 The Michigan Wolverines opened the tournament with 200-1 odds to win the College World Series. They barely got into the tournament after struggling near the end of the regular season. Now they’re one win away from being champions. Michigan beat Vanderbilt 7-4 yesterday in the first game of the College World Series in Omaha and is one win away from their first baseball title since 1962. The last time a Big Ten team won the baseball championship was in 1966.

The Lake Erie Monarchs are well represented in Omaha – as there are seven Monarchs players that are playing for the Wolverines. Two of them were just selected in the 2019 MLB Draft. Jack Weisenburger played for the Monarchs in 2017 and was selected by the Athletics in the 20th round. Jimmy Kerr played for the Monarchs in 2016 and was chosen in the 33rd round by the Tigers. Kerr joined Michigan as a walk-on and is now a senior. He had a huge two-run home run that widened the lead after Vanderbilt got within a run. Kerr’s grandfather played on the 1962 championship team, and his dad played on the 1984 team – which was the last team to make it to the College World Series before this year’s team.

Jordon Rogers is a freshman at Michigan and is playing with the Monarchs this summer. So far, he has nine hits, a double, eight walks, and four stolen bases in twelve games. Jordan Nwogu was a Monarch last summer and walked on at Michigan – his hometown team. He has excelled academically and athletically – earning an engineering scholarship and hitting .324 with twelve home runs this season.

Christian Bullock hit .340 in his 2017 regular season with the Monarchs and just received praise recently from legendary retiring Florida State coach Mike Martin. Ako Thomas played some with the Monarchs in 2017, and he just had an RBI double in yesterday’s game against Vanderbilt. Jack Bredeson pitched in 2016 for the Monarchs. His brother Ben was a co-captain on Michigan’s football team last year and made the ten-hour drive from Ann Arbor to Omaha to make it to this evening’s game.

Another former Lake Erie Monarch is a volunteer assistant coach for the Wolverines. Michael Brdar played in 2016 and graduated from Michigan in 2017. He played a year in the minors before coaching.

Now you have a complete guide as you watch the game tonight. The Great Lakes League is represented by more than we know!