Baseball / Week 3 Pitcher and Player of the Week 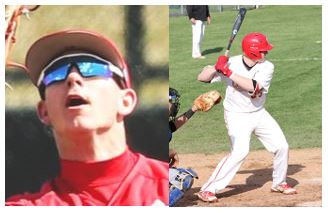 The Player of the Week for the third week of the GLSCL season is Grant Richardson of the Cincinnati Steam. The Pitcher of the Week is Nick Meyer of the Licking County Settlers.

Over the past week, Richardson hit four home runs. He hit .375, and seven of his twelve hits were for extra bases. He had three walks and two stolen bases over the eight games and 32 at-bats he had. Richardson is hitting .353 for the season with 18 hits across 13 games played.

Meyer came in as a close in four games over the past seven days. He earned the save in each of those four days – allowing just one hit in the four innings he pitched. He gave up no runs and struck out eight while walking just one. In 12 2/3 innings throughout the season, Meyer has yet to give up a run. He has seven saves on the year with 19 strikeouts and 4 walks.

Additionally, Rob Zurawski of the Muskegon Clippers had an exciting moment of the week with his walk-off grand slam against the Richmond Jazz on the 22nd.

Stay tuned for more articles that will take a closer look at these two stars!