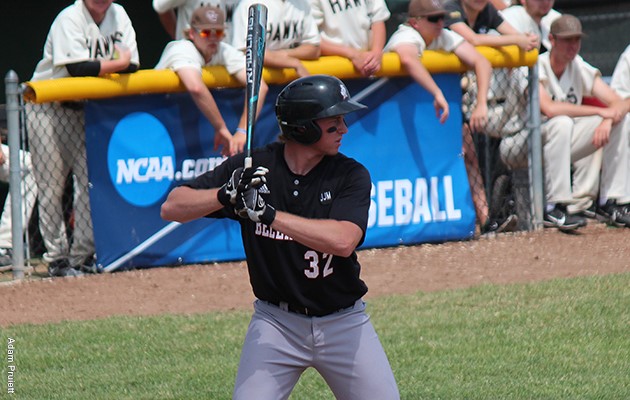 Chris Gambert recently earned the honor of Player of the Week for Week 2 of the GLSCL season. Gambert was hitting .500 this week, going 11-22. Five of those eleven hits were for extra-bases – three doubles and two home runs. He had eight RBIs and scored five runs himself. He struck out just twice. On June 13th in a 9-1 win against the Steam, Gambert had four RBIs including a three-run home run in the bottom of the fifth. In the June 12th game against the Steam, he had three hits including a double.

Gambert is a catcher for the Copperheads and comes from Louisville, Kentucky. The 6-3 senior attends Bellarmine University where he studies Exercise Science. He only played one game in his freshman year with the Knights but played in 26 by his sophomore season. As a sophomore, he hit .306 with five homers and six doubles. In his junior season, he played in 47 games – starting in all but two of them. He hit an incredible .391 from the plate and earned numerous athletic and academic awards. He led the Great Lakes Valley Conference in slugging percentage at .745, was tied for first with 16 home runs, and was third in batting average. He had 72 hits and scored 40 runs during the Knights’ 34-21 season.

The Copperheads are 4-8 this season and look to rebound from a three-game sweep as they head into interleague play. They will first head to Celina for two games against the Mariners before playing four home games against the Clippers and Monarchs.