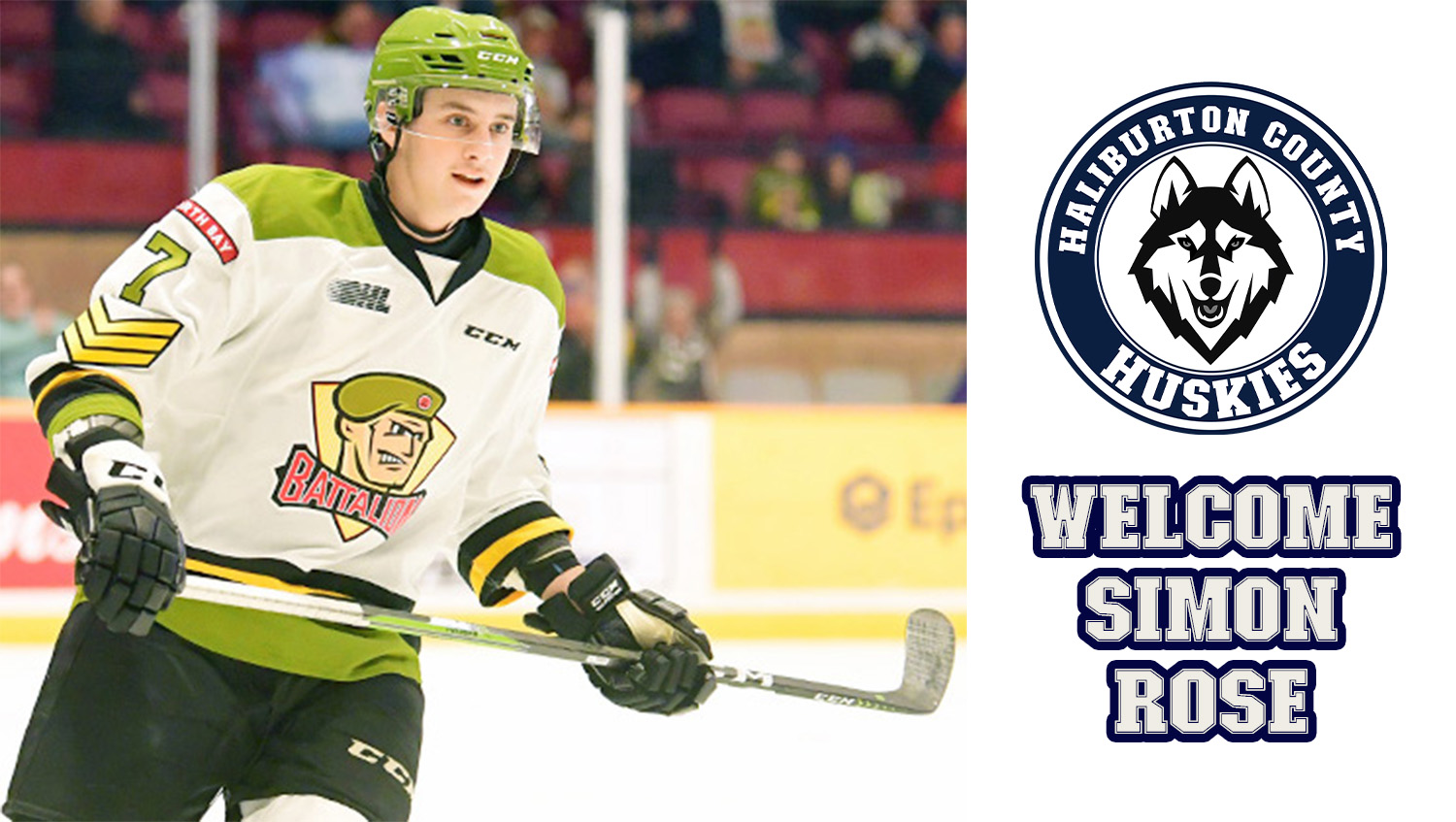 The Haliburton County Huskies would like to announce the free-agent signing of Simon Rose from the North Bay Battalion of the Ontario Hockey League.

"Simon is a great talent and we are tremendously excited to have him join our team. As a long time Major Junior hockey player, we believe Simon is really going to strengthen our defence corps," said head coach and general manager Ryan Ramsay.

Rose, a 20-year-old North Bay native, was a second-round pick in the 2017 OHL Priority Selection by Battalion from the Pembroke Lumber Kings minor midgets. Rose scored nine goals notched 52 points over three-plus seasons in the OHL.

The team would like to welcome Simon to the Haliburton County Huskies Community!