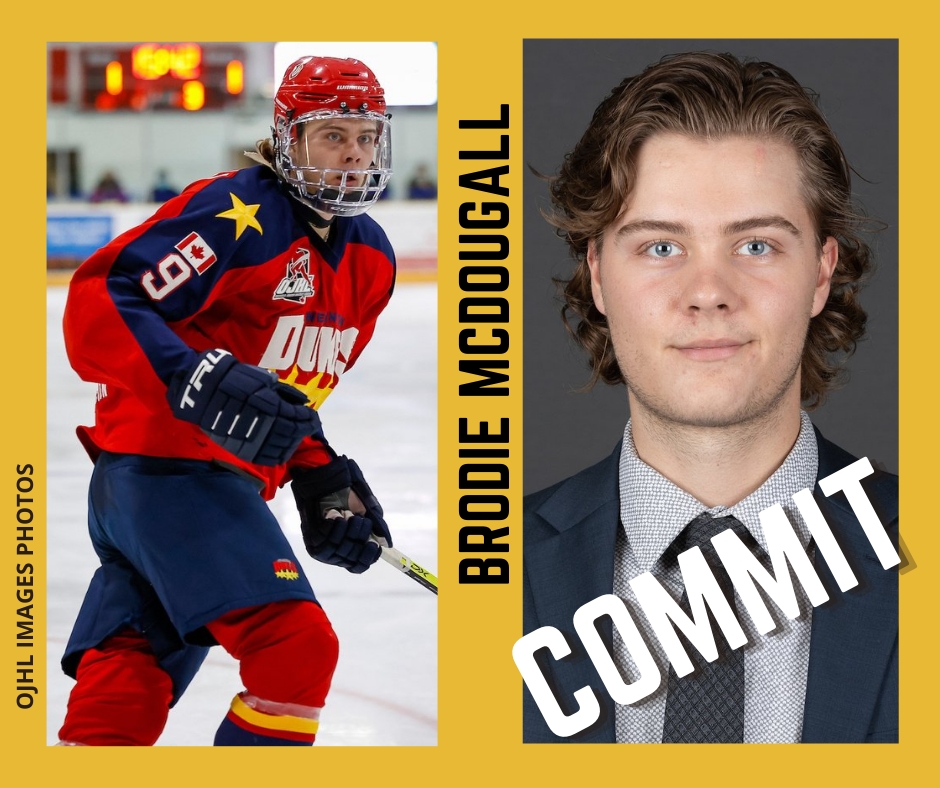 "I’m really excited to commit to the York U Lions program and for what the future holds,” McDougall said on the Wellington website. “I’d like to thank the coaching staffs, teammates, trainers, billets, family and friends who have helped me achieve my goals over my last five years in the OJHL."

The native of Keswick spent his first two and a half years in the league with the Cobourg Cougars. He was traded to Wellington midway through the 2019-20 season.

"Dougs is a great young man,” said Dukes Head Coach and General Manager Derek Smith. “He's been a leader for us the past two seasons in Wellington. He has been instrumental to help build on the culture we have created here. He has put a lot of work into his game since he arrived in Wellington in 2019 to get where he is today.”

“He continues to push his ceiling higher every day with commitment to development. We are excited to see where Brodie's career takes him and wish him all the best at York".

York head coach Russ Herrington coached at Markham and Streetsville in the OJHL from 1996-2006.

Congratulations to Brodie and best of luck in the OUA and U SPORTS!

About the OJHL –  “League of Choice”

The Ontario Junior Hockey League is the largest Junior ‘A’ league operating under the auspices of the Canadian Junior Hockey League with 22 member clubs. A proud member of the CJHL and Ontario Hockey Association, the OJHL was originally named the Ontario Provincial Junior ‘A’ Hockey League and it was formed out of the Central Junior ‘B’ Hockey League in 1993-94. With a long and storied history of developing players for the next level, including U SPORTS, the NCAA, CHL, minor pro ranks and the NHL, the OJHL had more than 125 commitments in 2019-20– including more than 45 NCAA Division I scholarships.