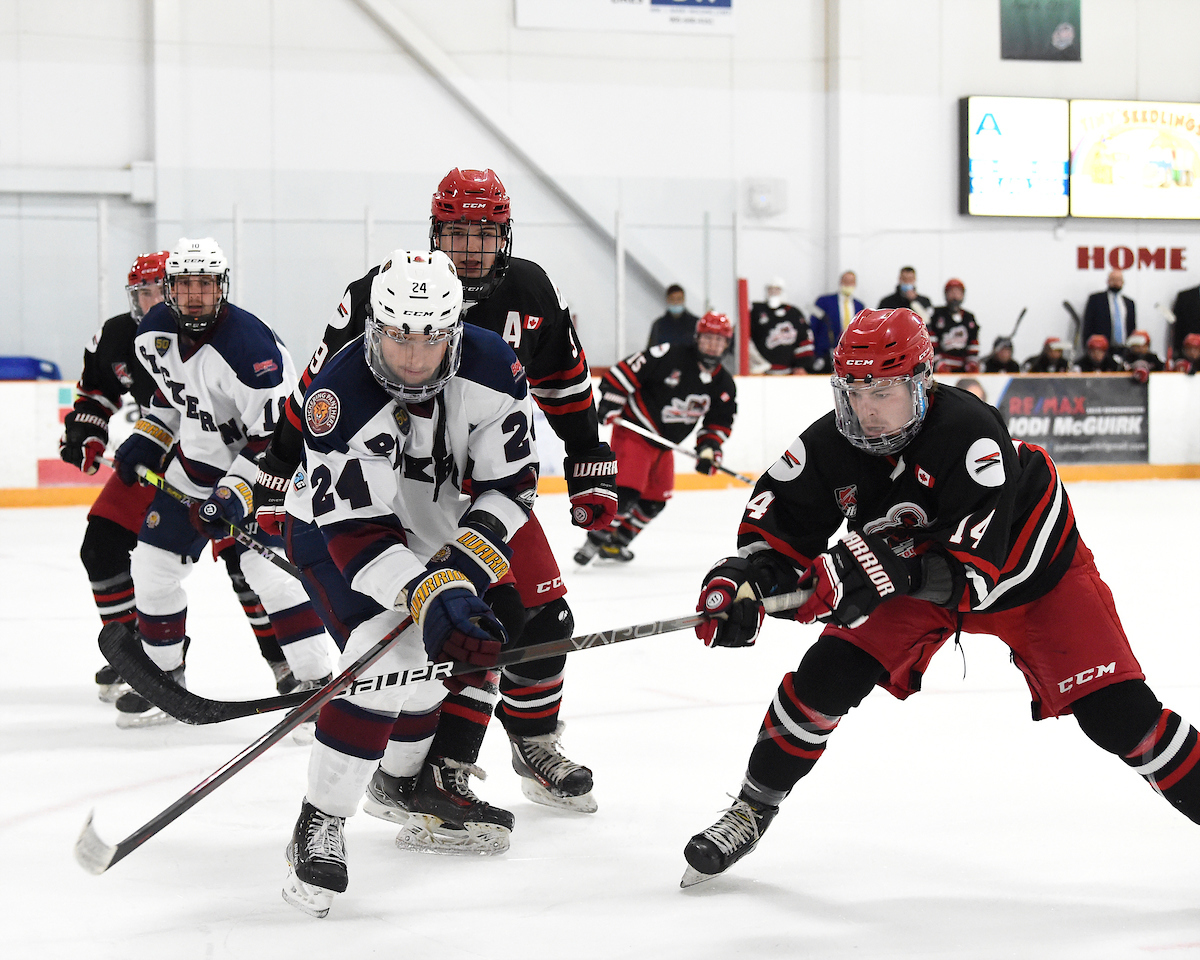 Carson Whitson and the Stouffville Spirit host the first-place Pickering Panthers, at the Stouffville Arena for the second straight Saturday, Nov. 27. But first the Spirit is home to the Collingwood Blues on Thursday night. (Andy Corneau / OJHL Images)

If the Stouffville Spirit wants to go on a run, the timing is right.

The Spirit (2-16-1-0) plays seven of its next eight games at the Stouffville Arena. That stretch begins tonight with the Collingwood Blues (12-7-0-2) in town.

Stouffville continues to play well with little to show in the standings. They’ve lost four of their last six games by one goal. They were competitive in all six, including two tilts each with the Pickering Panthers and Burlington Cougars, first-place teams in their respective divisions who have appeared in the national Top 20 rankings.

Carson Whitson and Hayden Simpson scored in the second period but it wasn’t enough to match the three goals Pickering scored during the first period at the Stouffville Arena.

Another 3-0 lead for the opposition could not be overcome, this time at Burlington Central Arena. Peter Kioussis, with his first goalie in junior hockey, and Ryan Russell, shorthanded, scored for the Spirit.

Simpson played his first game in the Ontario Hockey League Sunday for the Sudbury Wolves, the Spirit’s OHL affiliate...Pickering picked up the only penalty, a minor for tripping, in Saturday’s game...Collingwood is No. 1 on the penalty kill (92.6 per cent) in the 21-team OJHL this season.

Announcement from Ownership of the Trenton Golden Hawks Jr...

Zach Roy Goalie of the Month