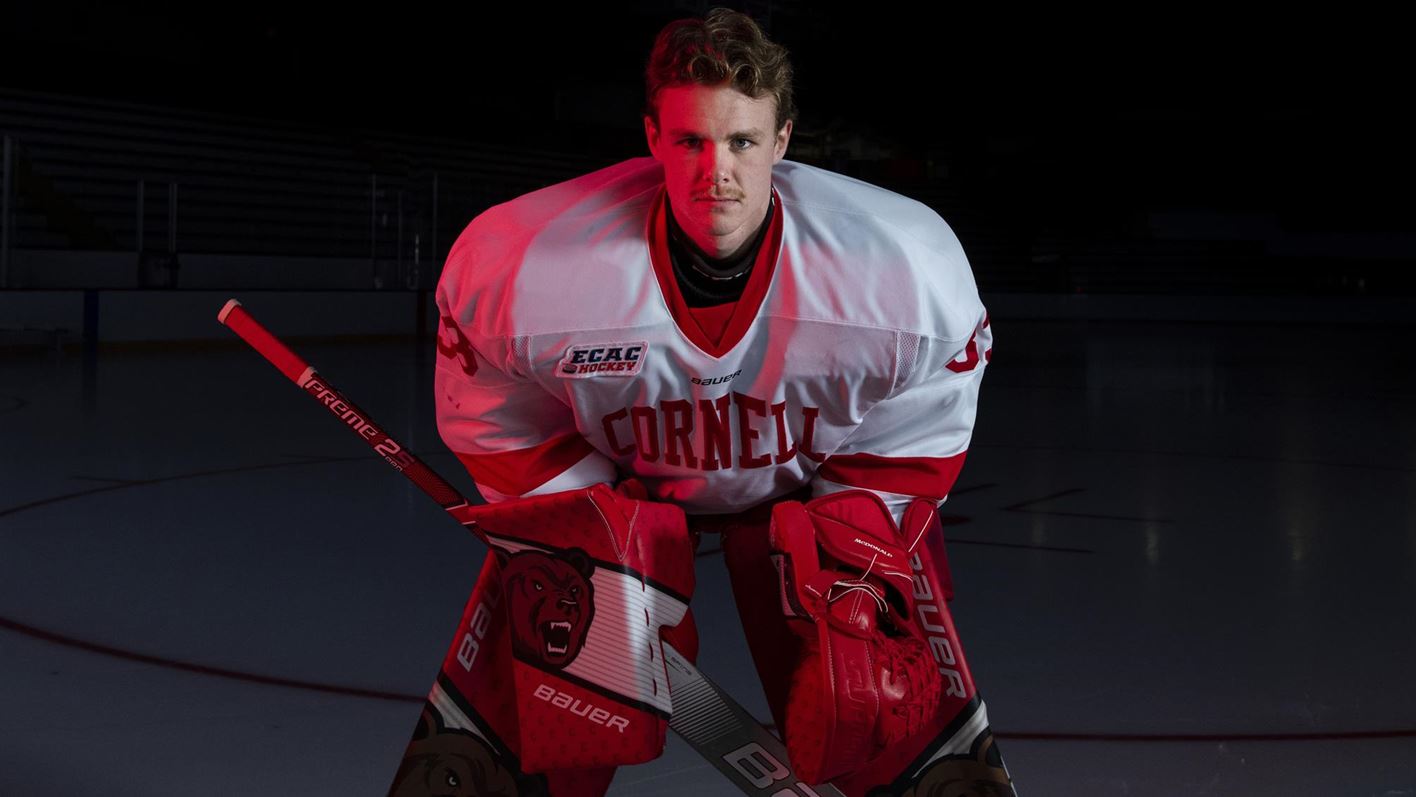 ITHACA, N.Y. — ECAC Hockey announced Monday that Ontario Junior Hockey League graduate Nate McDonald has been named the MAC Goaltending Goalie of the Week after he backstopped the Cornell men's hockey team to victories over Brown and Yale over the weekend at Lynah Rink.

An AP with the OJHL’s Georgetown Raiders during the 2015-16 season, the North Bay native split 2017-18 between the Markham Royals and Whitby Fury, who are now the Haliburton County Huskies.

McDonald made a season-high 30 saves against the Bears, yielding just a pair of goals on point-blank rebound conversions, then stopped all 14 shots he saw against the Bulldogs for his first collegiate shutout.

It's been a long time coming for someone who saw zero playing team since arrival for the 2017-18 season and was making his third and fourth career starts. After backing up Matthew Galajda'21 and Austin McGrath '21 for the final two seasons of their career at Cornell, McDonald has been making the most of his opportunity alongside two additions to this year's team -- freshmen Joe Howe and Ian Shane.

"He's a great teammate and he's paid his dues, he's working really hard at his trade," Mike Schafer '86, the Jay R. Bloom '77 Head Coach of Men's Hockey said. "It's been great competition. He stepped in and did the job and got a shutout, which is awesome for him."

McDonald took the reins after Howe started the previous weekend's games against Union and Rensselaer. While he played well, Schafer said prior to Friday's game against Brown that Howe was "dinged up" with a minor ailment that would keep him out of action.

Enter McDonald, who improved to 4-0 while improving his other numbers to a 1.98 goals against average and .907 save percentage.

The challenge coming into Saturday's game, Schafer said afterward, was for McDonald to have better control of his rebounds to minimize opportunities like the ones that led to both goals from Brown. McDonald answered that call in terms of looking more composed throughout the game than in his first three starts. The defense corps answered the bell, too.

The Big Red's attention now shifts to one of the biggest stages it will see all season, when it takes on Boston University in the eighth rendition of Red Hot Hockey at 8 p.m. Saturday at Madison Square Garden in New York.

Announcement from Ownership of the Trenton Golden Hawks Jr...

Zach Roy Goalie of the Month