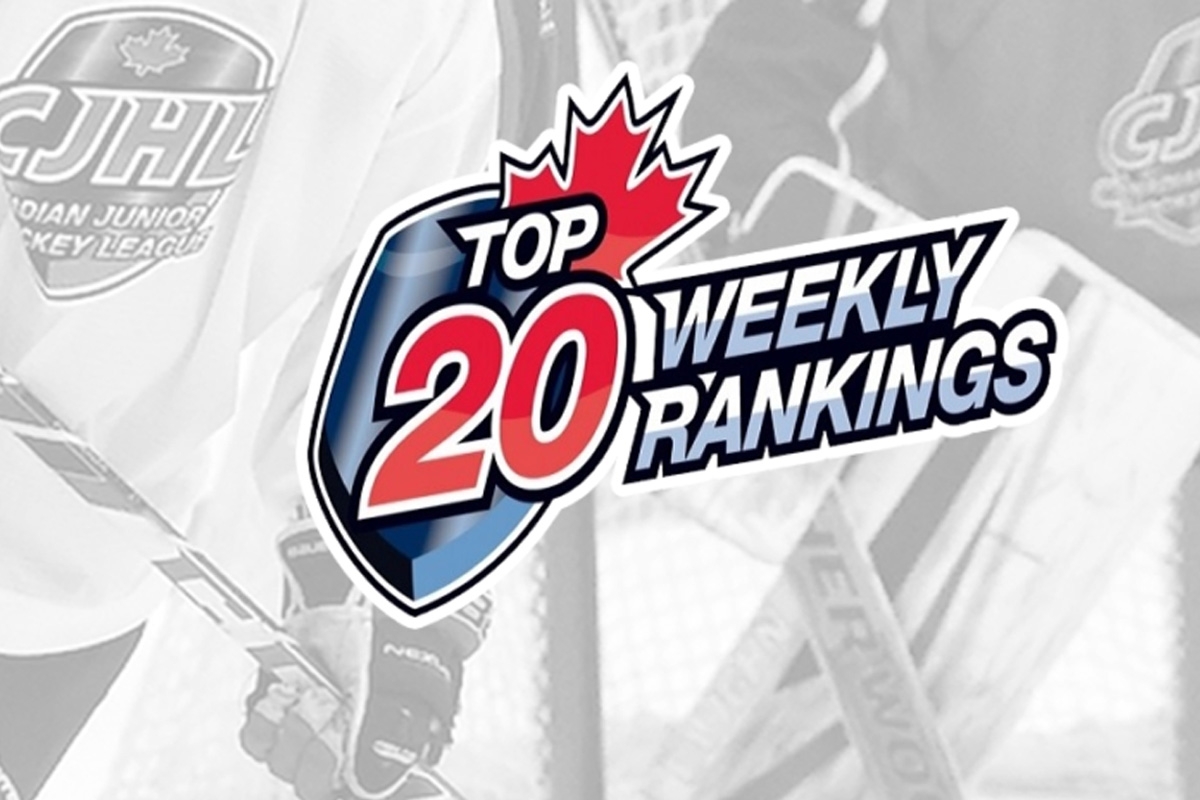 CALGARY, Alta. – The Canadian Junior Hockey League (CJHL) announced Monday its Top 20 Rankings, and for a fourth straight week the Brooks Bandits (AJHL) hold down the No. 1 slot.

The Trenton Golden Hawks (10) are the top-ranked team from the Ontario Junior Hockey League. They're joined in the Top 20 this week by the Pickering Panthers (17). The St. Michael's Buzzers earned an honourable mention.

After 25 games, the Alberta Junior Hockey League front-runners boast an impressive 23-1-1-0 record as well as an equally stellar winning percentage of .940.

The Bandits only defeat in regulation time came over two months ago, back on September 18.

Another surging side, the Summerside Western Capitals (MHL) maintain their grasp as the No. 2 tabbed club across the CJHL.

As hosts of the 2022 Fred Page Cup Eastern Canadian Jr. A Championship, they have started their season by going 16-1-0-1 to date while pacing play in the Maritimes by leading the way in goals scored and fewest allowed.

Meanwhile, back in the AJHL, the Spruce Grove Saints have moved up a couple of notches to No. 3 nationally in the weekly listings, which are compiled by an independent scouting service.

They are 22-3-2-0 overall and trail Brooks by just one point in their league standings.

In Quebec, the Panthères de St-Jérôme have won four straight raising their mark to 18-3-1-0 and earn the No. 4 slot in the CJHL this week.

Meanwhile over in the Central Canada Hockey League, the Ottawa Jr. A Senators sit atop the 12-team table there at 16-3-0-1, to pick up the No. 5 nod in the rankings.

The following are the latest CJHL Top 20 Rankings and well as Honourable Mentions, as of November 22:

ABOUT THE RANKINGS: The weekly CJHL Top 20 Rankings are compiled during the seasons by an independent scouting service and are determined using a variety of factors during the process.

ABOUT THE CJHL: The Canadian Junior Hockey League is a national organization comprised of nine Junior A leagues from Alberta to the Maritimes. The CJHL currently represents 115 teams and well over 2,500 players. There are also 3,000-plus CJHL alumni furthering their hockey careers at the NHL, AHL, ECHL, SPHL, NCAA, U SPORTS and CHL levels across North America as well as leagues across Europe.  For latest CJHL news and features, visit cjhlhockey.com and follow-on social media at @cjhlhockey & facebook.com/canadianjuniorhockeyleague.