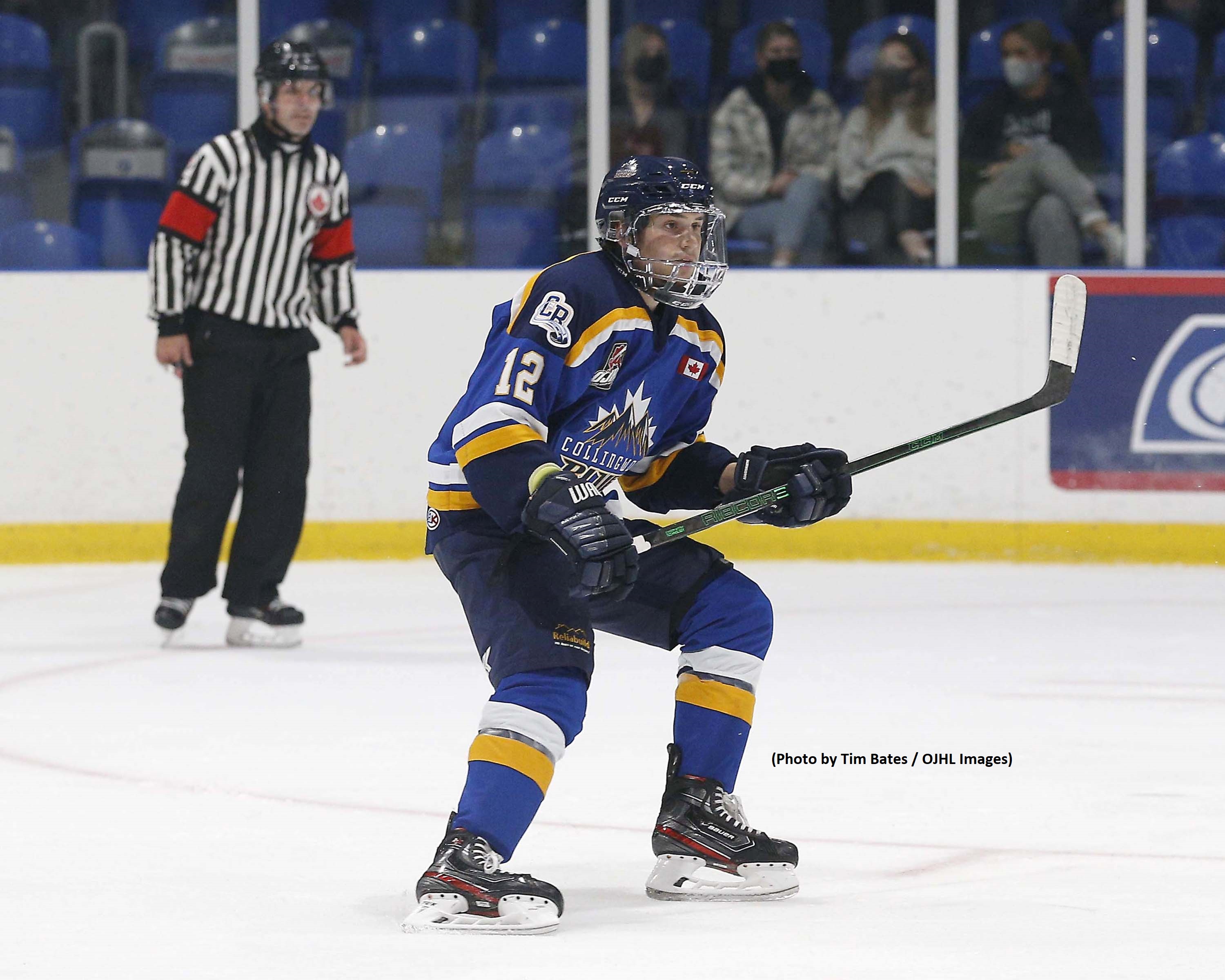 The Trenton Golden Hawks have made a trade that brings in one player, while sending out two.

Head Coach/GM Peter Goulet announced that Jacob Kovacs has been acquired from the Collingwood Blues.

Kovacs, a native of Sault Ste Marie, was part of the Soo Thunderbirds AAA program, before being drafted by the Barrie Colts in 2020.

Kovacs played the 2019-20 season with the Soo Thunderbirds of the NOJHL, where he amassed 58 points in his 55 game rookie season.  He was also named to the NOJHL 2nd All Star Team.

He lost the 2020-21 season to the pandemic like many players, and signed with the OJHL's Collingwood Blues.  So far this season he has 2 points in 14 games.  "I knew something might be up, as I did not have the start to the season that I wanted," explained Kovacs.  "I was not happy with my production."

"I was playing ping pong, when I returned home to find out about the trade.  I am excited to be joining Trenton.  It is also nice that I know Devin and Justin (Mauro), which will make the transition easier.  I am looking forward to getting into my billet home, settled into the community, and into games."

There were also financial components to the deal for Trenton.  Heading to Collingwood are Forward Jake Laville and Defenceman Cole Williamson.

Coach Goulet says, "I want to first thank Jake and Cole for their time with the GHawks.  I wish them nothing but the best in their new home, and moving forward.  "Kovacs has great hockey IQ and offensively gifted.  He has been off to a slow start this year, but when you look at his rookie year, putting up 29 goals and the points he did, we are excited to have him, and hope he will shine as a Golden Hawk."