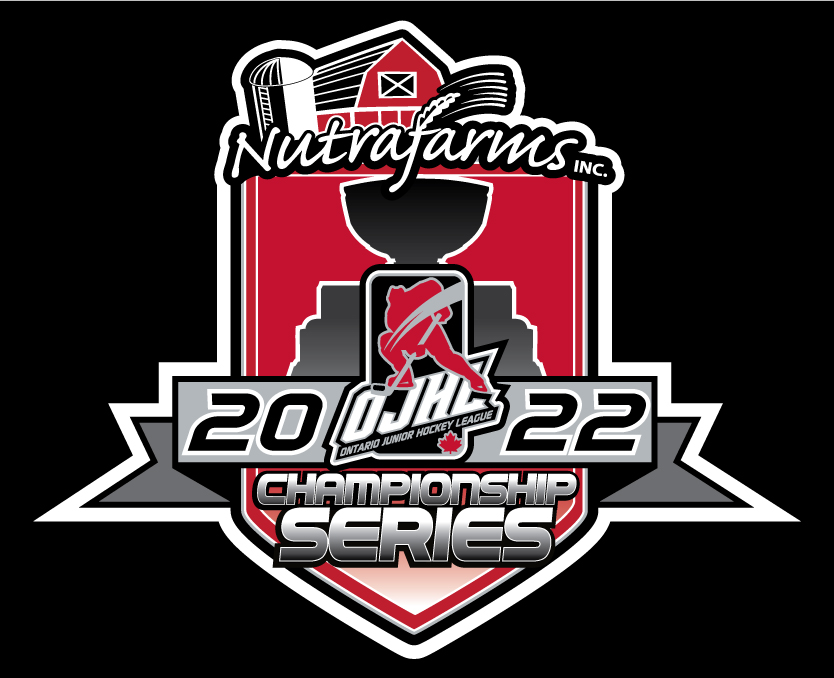 November 16, 2021, Mississauga, ON – The Ontario Junior Hockey League announced today that it has entered into a multi-year agreement with Nutrafarms Inc. for the title sponsorship of the OJHL Championship Series.

The OJHL and Nutrafarms Inc. have signed a three-year agreement for sponsorship of the OJHL Championship Series, which pits the league’s North-West and South-East conference champions against each other every spring. The winners of the best-of-seven series advance to the Dudley-Hewitt Cup, the Central Canadian Jr. A championship tournament.

"We are extremely happy to partner with Nutrafarms on one of our signature events, our Championship Series,” said OJHL Commissioner Marty Savoy. “The OJHL and Nutrafarms partnering on the Championship Series and the other OJHL owned and operated properties will help expand our brands together."

“Nutrafarms is pleased to partner with the OJHL for the Championship Series,” said David Steele, Vice President Operations. “Advertising with the OJHL was an easy decision and we are excited to introduce all of Nutrafarms products and services to all its players, families and fans.”

Aspects of the agreement include the creation of new marketing features for the OJHL and integration of the sponsorship into the OJHL’s social media infrastructure.

Founded in 2001, Nutrafarms Inc. connects consumers with local farmers. Nutrarams delivers locally farmed products, including pastured chicken, grass-fed beef and cage-free pork. All products are free of hormones, antibiotics and other additives. Based in Barrie, Nutrafarms Inc.'s mission is to provide families with a convenient alternative to shopping at their local grocery store or farmers’ market. Nutrafarms Inc. offers customizable farm packages that let families shift the money they are currently spending on grocery items into a convenient bulk order.

The Ontario Junior Hockey League is the largest Junior ‘A’ league operating under the auspices of the Canadian Junior Hockey League with 22 member clubs. A proud member of the CJHL and Ontario Hockey Association, the OJHL was originally named the Ontario Provincial Junior ‘A’ Hockey League and it was formed out of the Central Junior ‘B’ Hockey League in 1993-94. With a long and storied history of developing players for the next level, including U SPORTS, the NCAA, CHL, minor pro ranks and the NHL, the OJHL had more than 125 commitments in 2019-20– including more than 45 NCAA Division I scholarships.