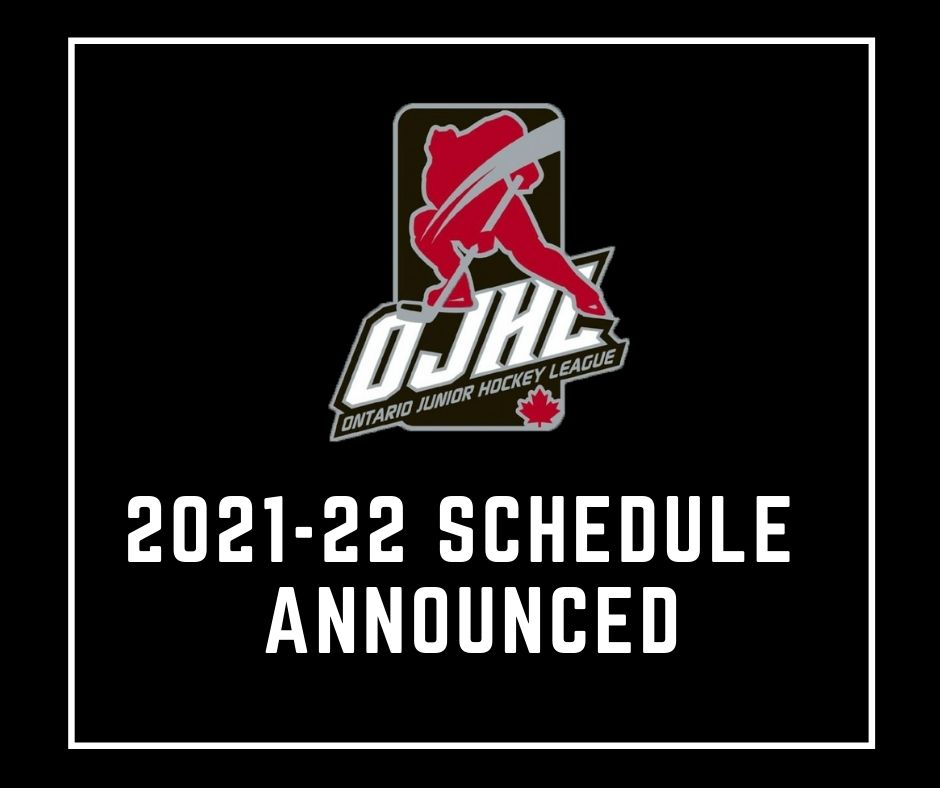 The OJHL’s 2020-21 regular season and all but the first round of the league’s 2020 Buckland Cup playoffs were cancelled due to the COVID-19 pandemic.

Due to the pandemic and restrictions on cross-border travel, the Buffalo Jr. Sabres' leave of absence from the OJHL has been extended by an additional year. The Jr. Sabres are the lone U.S. team in the league.  The club will return to action in the OJHL for the 2022-23 season.

Three teams have changed locations. The Haliburton County Huskies have moved from Whitby where they were the Fury. The Brampton Admirals are now based out of the Mayfield Recreation Centre in Caledon and the Burlington Cougars have moved to Burlington Central Arena.

Each club will once again play a 54-game (26 home, 26 away) regular schedule, including two games at the Governors’ Showcase.

The regular season ends March 5. The top four teams in each division will make the playoffs.

• Annual Governors' Showcase to be held from Oct. 25-27, 2021 at the Cobourg Community Centre. The event attracts hundreds of NHL, NCAA, U SPORTS and OHL scouts.

• The OJHL All-Star Celebration weekend will be played Jan. 14 and 15 in Collingwood, Ont.

The Ontario Junior Hockey League is the largest Junior ‘A’ league operating under the auspices of the Canadian Junior Hockey League with 22 member clubs. A proud member of the CJHL and Ontario Hockey Association, the OJHL was originally named the Ontario Provincial Junior ‘A’ Hockey League and it was formed out of the Central Junior ‘B’ Hockey League in 1993-94. With a long and storied history of developing players for the next level, including U SPORTS, the NCAA, CHL, minor pro ranks and the NHL, the OJHL had more than 115 commitments in 2019-20 – including more than 60 NCAA Division I scholarships.