Hockey / A mix of veterans, prospects, and youth in season ending series with Wellington 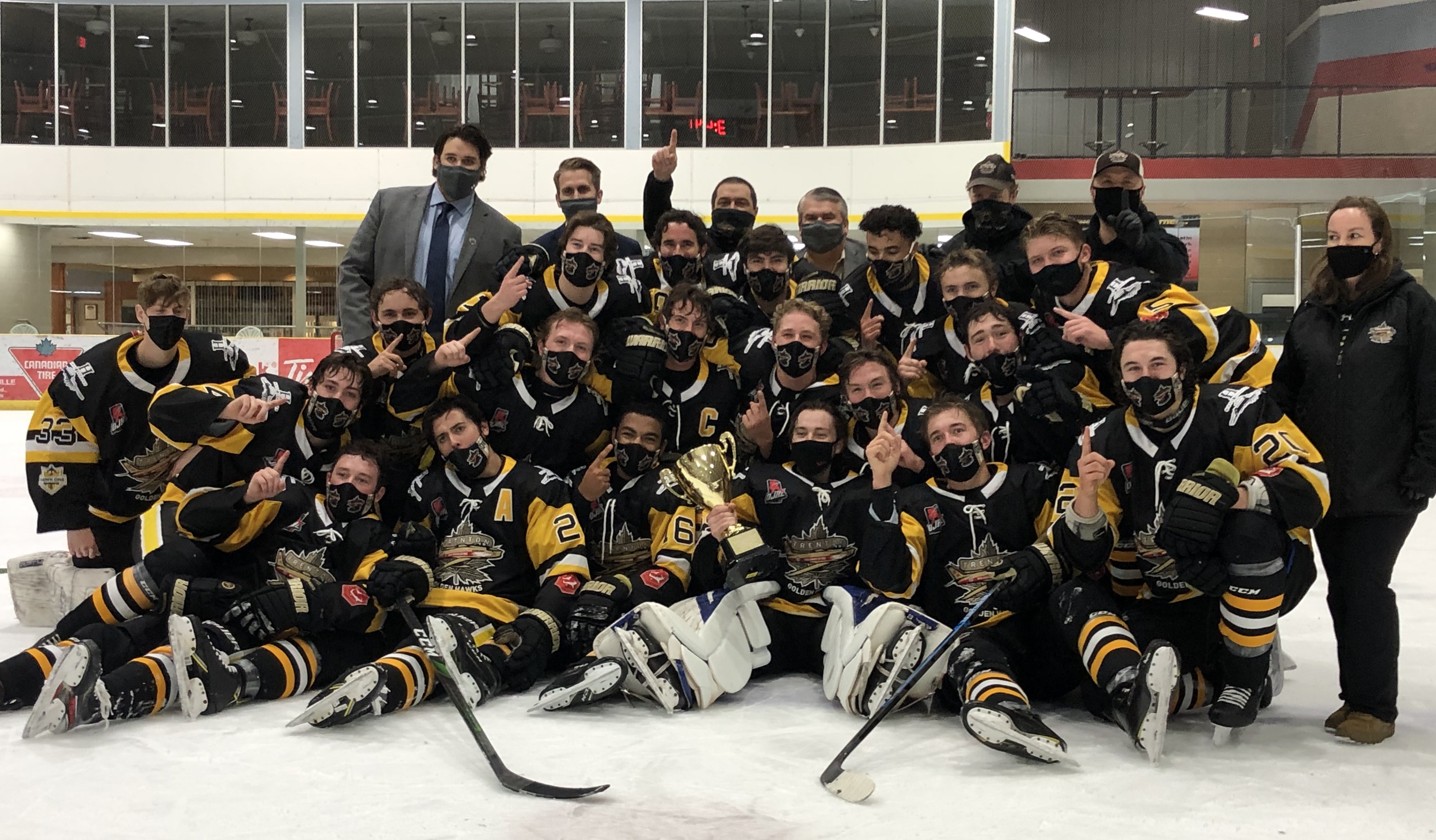 The Trenton Golden Hawks and Wellington Dukes are going to renew their rivalry once again, but this time it will be a new look team for the GHawks.

In November/December, the two teams met in an 8-Game Summit Series known as the Hasty Ps Cup (presented by Trent Valley Distributors).  It was a tight checking, fast packed, elite hockey series that came down to the final game.  This time, the future of the GHawks will get a look at the ice.

Head Coach/GM Peter Goulet, "Due to the unpredictability of COVID-19, we moved many our players Fox, Bancroft, Robinson, Dobrich, Bruder, Butler, Julien, George, Jakovljevic were all traded to get them into more games in the 2020-21 season."

"With hockey back on the table this March, we want to get a look at players who will make up the future of our club", added Goulet. "Winning is always important, however these games are more about assessing our future and development."

"The goal will be to see player growth over the eight games and keeping games close.  The Wellington team we will be playing is full of maturity, and talent.  They are the tough team we met in the Hasty Ps Cup, while we will be icing a very fresh, exciting, and youthful team.  This series will help create a road map for our future.”

“Two veterans will provide leadership during the series. Aaron Jamieson will wear an "A", with Phil Caron, who played with the Timmins Rock and Sudbury Wolves last year, will be our captain."

Golden Hawks Director of Operations John McDonald says, “We will be playing under tight COVID-19 protocols, with the guidance of the City of Quinte West, the Hastings Prince Edward Health Unit, and the OJHL.  The games will be closed to fans.  Our goal is for a season for fans in the fall, and the safer we are now, the more likely a packed Dunc will be in autumn.”

Below is the slated schedule of games