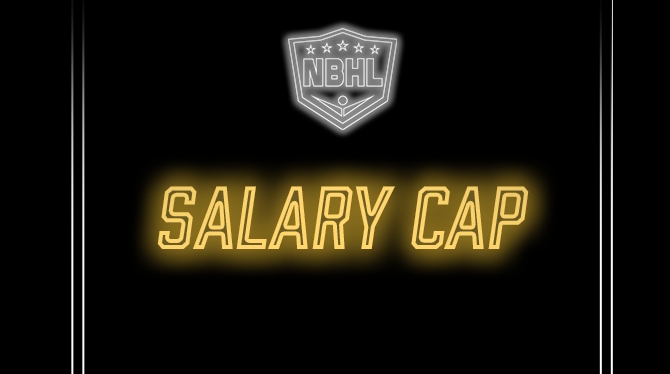 Since we started releasing our team infographics (don’t worry, your team is coming) we have received one question consistently - “what is this salary cap?” We realized we did not communicate this with everyone as well as we should have, so here is our best explanation.

Why create a salary cap? The main reason is to keep teams from being too stacked with talent. Without a cap, we felt like some of the true A teams that compete in the non-NBHL ball hockey tournament scene would enter their full squads. This would destroy parity in the league and make it non competitive before it even started. We needed these top level mens A players to spread out amongst multiple teams in each division.

Some of the Tier 1 teams are still absolutely loaded with elite players. Teams were able to manage the cap by adding players that are valued differently than their true skill level. Although far from perfect, we found that there were significantly more accurate player values than incorrectly valued players. The system will continually be re-evaluated as the years go on.

We used the ballhockey.com top 25 rankings to determine which teams are A teams. We used major A tournaments such as Cool Hockey Events North American Ball Hockey Championships, Super Bowl Bye Week Invitational, Can-Am’s and US Nationals in Leominster, Club Championships in Pittsburgh, and the Bauer Clash of the Titans to evaluate teams and players. We gave player values to all national team players, past, present, and future.

We valued ice hockey players based on professional and college ice hockey experience. Obviously, the highest rated player on our system is someone playing in the NHL. But our 0-5 point system rates players from D3 Ice Hockey, to the ECHL, all the way up to the best players ice hockey has to offer.

Click the link below to access the Salary Cap outline that we sent to division directors and team captains. Feel free to email us at ballhockeynational@gmail.com if you have any questions, comments, or concerns. Thank you for taking the time to read all of this and being a part of the inaugural season of the National Ball Hockey League.