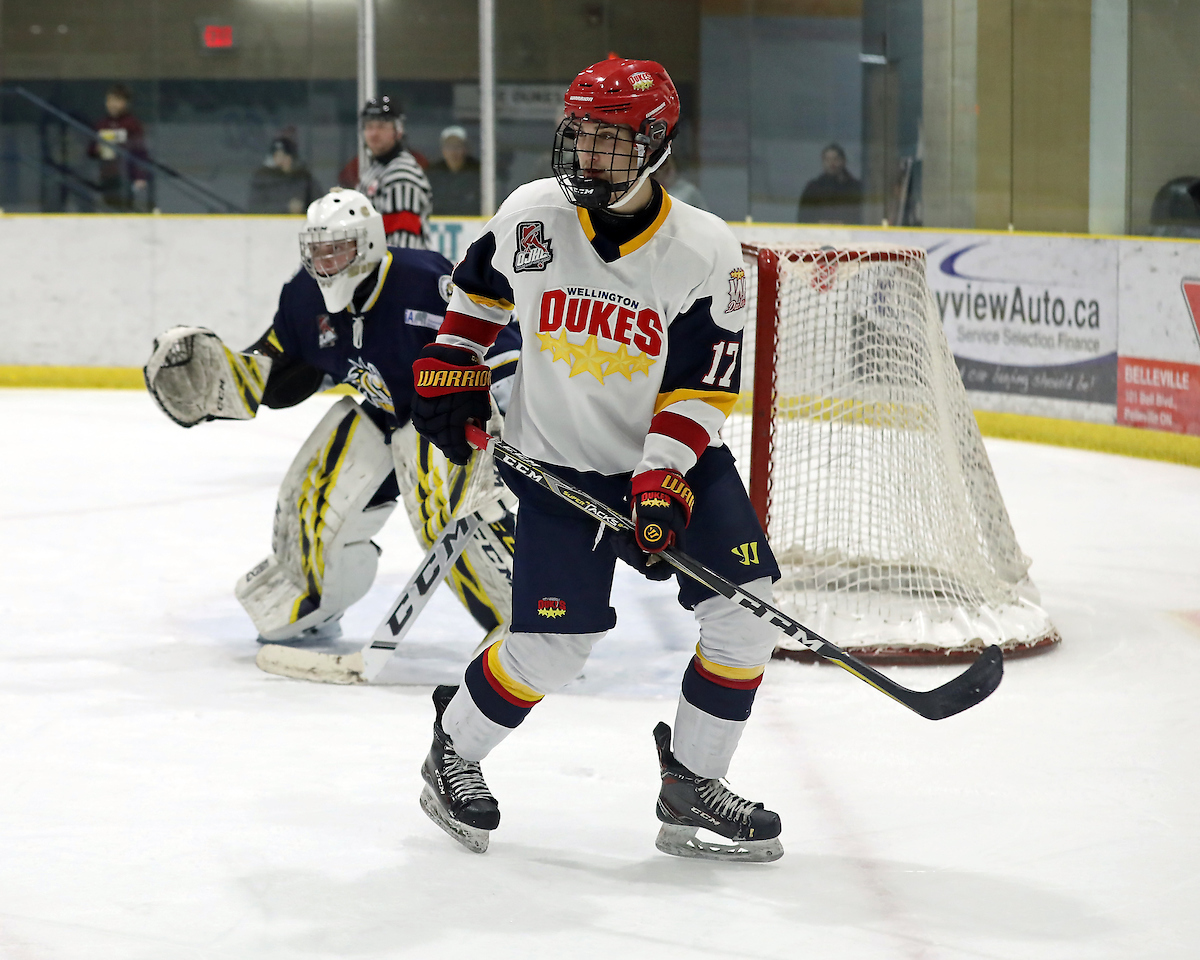 Evan Miller of the Wellington Dukes (photo credit – Ed McPherson / OJHL Images) has confirmed his commitment to join the NCAA Division 1 Rochester Institute of Technology Tigers in Rochester, NY beginning with the 2021-22 season.

The Niagara-on-the-Lake native joined the Dukes in 2019-20 scoring eight goals and assisting on 13 more in 22 games.

Now 20, Miller played the previous two seasons in the Jr. B GOHL with Fort Erie, St. Catharines and Thorold.

He was a fifth-round pick of the Erie Otters in the 2017 OHL U18 Draft out of the Niagara North Stars organization.

“Evan has high-end skill with a huge upside,” said Dukes general manager Todd Reid. “He is committed to getting better in all areas of his game. The sky is the limit for Evan and we think he will continue to develop at RIT.”

RIT has a long history of recruiting players from the OJHL, including current NHLer Chris Tanev.

Congratulations to Evan and best of luck in the NCAA!

The OJHL, the largest Jr. A hockey league in Canada, has had more than 120 NCAA, U Sports, CHL and professional commitments in 2019-20 – including more than 45 NCAA Division I scholarships.

Check out all our 2020-21 commitments by clicking HERE

HEALTH PROS: 'HELPING ELITE ATHLETES GET TO THE NEXT ...

PAIR OF COUHGARS ALUMNI TO SUIT UP WITH PANTHERS OF NHL TH...