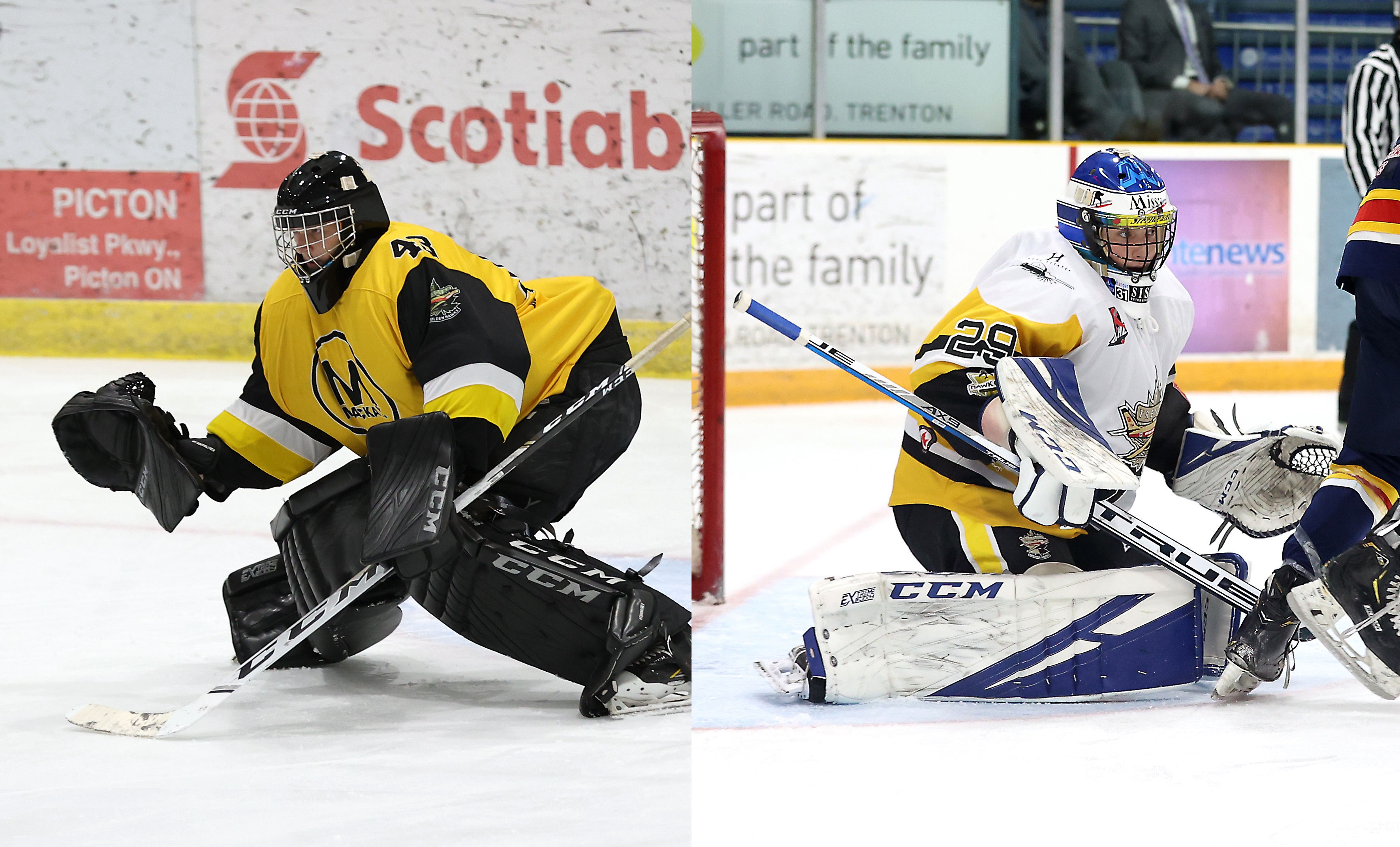 PHOTO:  OJHL IMAGES
The Trenton Golden Hawks have now seen a whole new group of goaltenders from last season.  Anand Oberoi and Oliver Troop are now both gone, with three goalies ready and eager to take their place.
On Tuesday night, the GHawks finalized a deal to move Oliver Troop to the Georgetown Raiders, in exchange for future considerations.  Head Coach/GM Peter Goulet says, "It is unfortunate it didn't work out with Troop.  He is a great kid and played well for us last year.  We felt like we had to make a change."

Trenton struck a deal with the Mississauga Steelheads of the Ontario Hockey League to acquire Joe Ranger. Goulet says, "Ranger is looking to play some games.  He made the OHL as a 16 year old goalie and you do not see that a lot.  Wednesday was his first competitive hockey game.  We expect him to be a bit rusty, he has only been on the ice with his goalie coach.  We are really happy to have him, and look forward to what he can bring to the team."
The native of Carp (Ottawa Valley) is turning 19 in February, and stands 5'11/196.  After his time with the Ottawa Valley Titans (AAA), he moved on the U18 Carleton Place Canadians (AAA).  He jumped into two seasons in the Ontario Hockey League, where he had a 6-10-4 record.  Over his two years he had a 4.21 Goals Against Average and an 863 Save Percentage.  He is a 2018 4th rounder in the OHL Priority Selection for Mississauga.

"I hear that there was a possibility of me playing here, and I wanted to jump on it right away.  I have not been playing since March, so I was really lucky to land in Trenton.  I have only been playing pick up or summer league hockey,  but nothing is the same as a full paced hockey game," stated Ranger.  "There was some positives in my first play with Trenton, but I feel like I have a lot better.  The guys played really good tonight, and I am confident in the team and my ability."

WORK WITH THE SPIRT REWARDING FOR ATHLETIC THERAPIST