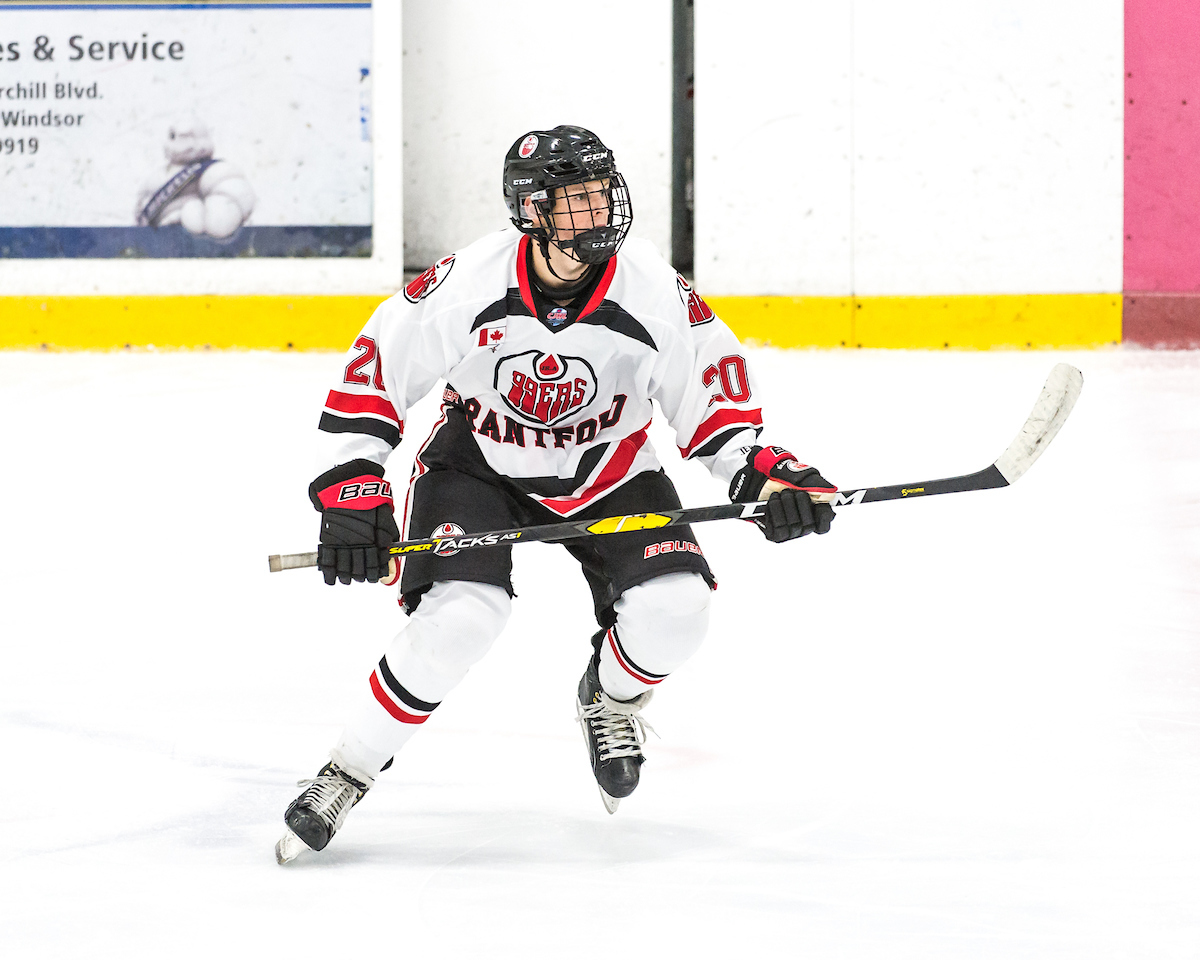 Former Brantford 99ers forward Josh Samanski (photo by Ryan McCullough /OJHL Images) was one of 27 players named by Germany to its roster for the 2021 IIHF World Junior Championship.

The tournament is scheduled for Dec. 25 to Jan. 5 at Rogers Place in Edmonton. No fans are permitted to attend.

The dual citizen was an OHL free agent before signing with the Owen Sound Attack in June 2019. He had four goals and 16 assists in 54 games with the Attack in 2019-20.

Samanski played his youth hockey in his native Germany, including time with the national U16 program. He netted 106 points in 36 games with the Jungadler Mannheim U16 club team during 2017-18.

Germany is scheduled to play in Group A in the preliminary round, starting with a game against Finland on Dec. 25, and against Canada (Dec. 26), Slovakia (Dec. 28) and Switzerland (Dec. 30).

Group B consists of Russia, Sweden, the United States, the Czech Republic and Austria.

Samanski could reunite with a former 99er teammate at the World Juniors. Goaltender Tristan Lennox, 18, is one of 46 players at Team Canada’s selection camp, which opened Nov. 16 in Red Deer, Alberta.

Lennox, who now plays for the Saginaw Spirit in the OHL, is entering his NHL Draft season after winning seven of his last eight starts last season.