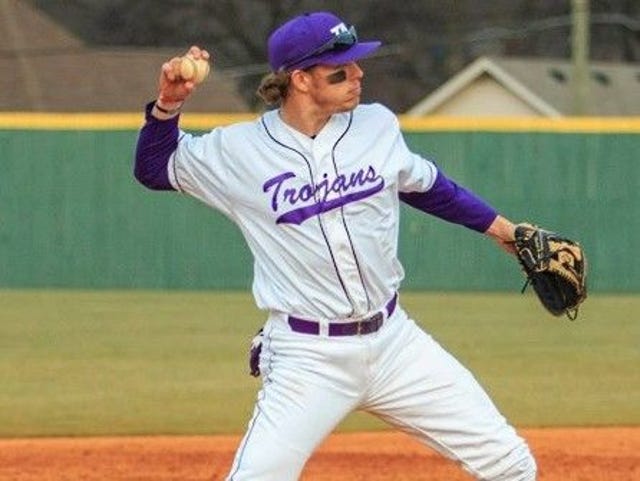 Since All Things Valley League will not be reporting on 2020 Valley League games, it will instead give a hitter and pitcher of the day, or something else that was remarkable, from the past seven years (2013-2019). An "on this date" kind of thing.

May 30
Hitter of the Day

Today we focus on Front Royal's Hunter Newman, who went 3-3, with two doubles and three RBIs against Aldie. Newman, from Division II Trevecca Nazarene, went on to hit .324/.352/.582 for the Cardinals that summer, with 17 doubles, three triples, seven home runs, and 42 RBIs. Newman was ATVL's 7th best hitter that summer.

He was eventually picked in the 22nd round of the 2015 draft by the St. Louis Cardinals. He spent parts of three seasons in the minor leagues being released in 2017.

Pitcher of the Day

The best pitching performance from 2014 was turned in by Covington's Joey Rocchietti, from Manhattan. Against Woodstock, Rocchietti gave up one hit and one unearned run in six innings pitched, didn't walk anyone, and struck out three to earn the win. He only started two more games that summer, finishing 2-1, 4.29 in 14 2/3 total innings.