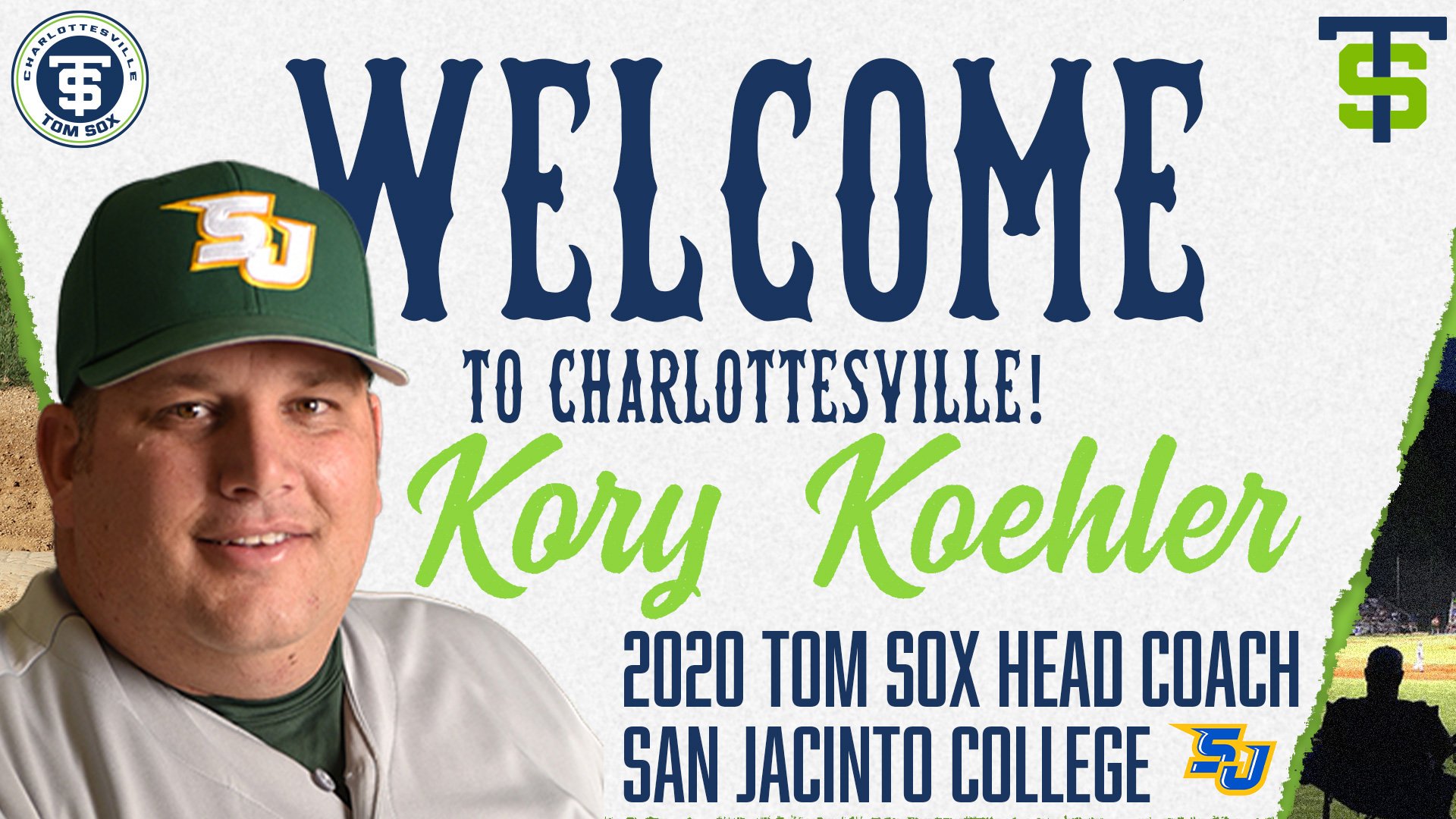 Koehler joins the Tom Sox from San Jacinto College in Houston, Texas, where he has spent the last 20 seasons as a player and coach. Under NJCAA Hall of Fame Head Coach Tom Arrington, the Gators have consistently been one of the best junior college programs in the country. In Koehler's time at San Jacinto, the Gators have qualified for 13 JUCO World Series (including two as a player), played in six National Championship games, and sent 133 players to the MLB draft. Koehler most recently coached Jackson Rutledge to the 17th overall pick in the 2019 MLB Draft- the highest overall selection ever by a junior college player.

Additionally, in 2019, Koehler was awarded the first ever ABCA National Assistant Coach of the Year at the NJCAA Division I level. Along with his coaching duties, Koehler serves as an associate scout for the Minnesota Twins organization.

Texas State coach John Maley will serve as the team's pitching coach. In Maley's 25+ years of college coaching, he has produced 11 All-Americans and 26 professional players, including three MLB pitchers.