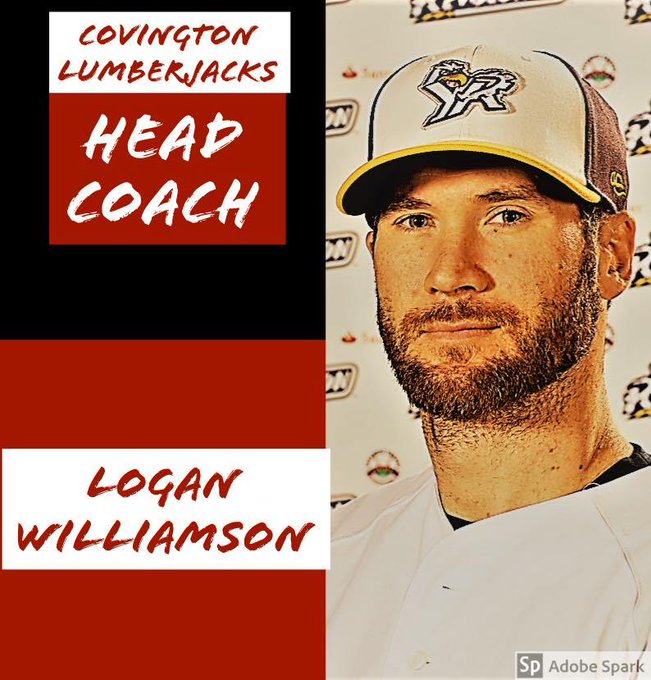 The Covington Lumberjacks announced Logan WIlliamson as their next head coach and Cory Middleton as an assistant coach on January 1, 2020.

Williamson replaces Alex Kotheimer, who led the Jacks for two seasons from 2018-2019. Kotheimer left the Jacks after joining the staff of Ohio University baseball at the end of summer 2019.

Williamson, a two-time draft pick by the Chicago White Sox in 2003 and 2004, signed with the White Sox after his sophomore season at Pensacola Junior College in 2004. Williamson played two years in the White Sox organization where he reached the level of Single A.

After officially retiring from playing baseball in 2018, Williamson was hired as the pitching coach for the Nevada Griffons of the MINK summer collegiate league in 2019. After the season, he was invited to coach at the annual LSU baseball camps along with assistant Cory Middleton.

Williamson is currently working as a pitching instructor at the Sportz Barn north of Pensacola, FL. As a local advocate of youth baseball, he has been hosting free and affordable camps at his childhood ballpark located on the West side of Pensacola, Myrtle Grove, since 2015. Williamson has also had articles published by ABCA's Inside Pitch Magazine.

Another former minor leaguer, Cory Middleton, joins the Jacks as head assistant to Williamson. Middleton, a 10th round MLB draft pick in the 2004 MLB draft, spent five seasons, 2004-2008, playing in the Tigers' organization. During his tenure in the organization, Middleton was selected to the team's Instructional League roster following both of the 2004 and 2005 seasons.

On May 23rd, 2005, Middleton was chosen to play in the 59th Hall of Fame Game at Doubleday Field in Cooperstown, NY, where the Detroit Tigers battled the Boston Red Sox. During the same 2005 season, Middleton was named to the New York-Penn League All-Star team while playing for the Oneonta Tigers.

Following his playing career, Middleton began his coaching career at his alma mater, Escambia High School, where he coached from 2009 to 2016. Middleton chose to leave his alma mater in 2017-2018 to coach the Pensacola Storm, a successful 14-U program. His team was sanctioned through USSSA Baseball and Perfect Game, competing against some of the nation's top talent.

Middleton also spent the 2016, 2017, 2018, and 2019 summers as an instructor and coach for Louisiana State University baseball camps, where he enjoyed developing the skills of young baseball players and preparing them for the next level.

Middleton made his return to high school baseball for the 2019 season to coach at the prestigious Pensacola Catholic High School in Pensacola, FL, where his team captured the 2019 district title. Middleton is now in his second year coaching at the school.