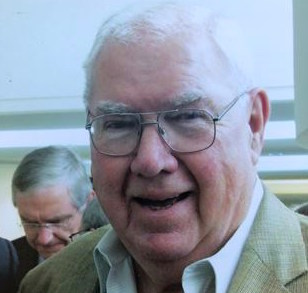 A pioneer in the Ontario Junior Hockey League has died.

Mr. Macoun was part of the group that founded the Newmarket 87s (Hurricanes) team in the 1987-88 season. Together, Mr. Macoun and the group built a model franchise that would go onto much success. The franchise was moved to Milton in 2019 and renamed the Menace.

He held several other positions within the parent Ontario Hockey Association through the years, including time as an OHA Director and Chairman of the Board of Governors of the OHA Provincial Junior League, before it was rebranded as the OJHL.

Mr. Macoun was born in Campbellford, Ont. and later attended St. Michael’s school in Toronto. Upon graduation, Mr. Macoun worked as a teller with the Royal Bank of Canada (RBC) in Lions Head, Ont., and he would remain with RBC for more than 40 years.

Over the years, Mr. Macoun represented the OHA on numerous committees. He played a significant role in the merger of the Metro Junior League with the Provincial League and served on the Ontario Hockey Federation’s (OHF) Junior Council.

Jamie Macoun played for the Newmarket and Aurora franchises in the OJHL. He’d go on to play 1,128 games in the NHL with Calgary, Toronto and Detroit.

Visitation at Roadhouse and Rose Funeral Home, 157 Main Street, Newmarket on Feb. 5 from 7 to 9 p.m.

Donations can be made to the charity of your choice or the Canadian Cancer Society.

-With files from the OHA

A Message from the President About COVID-19