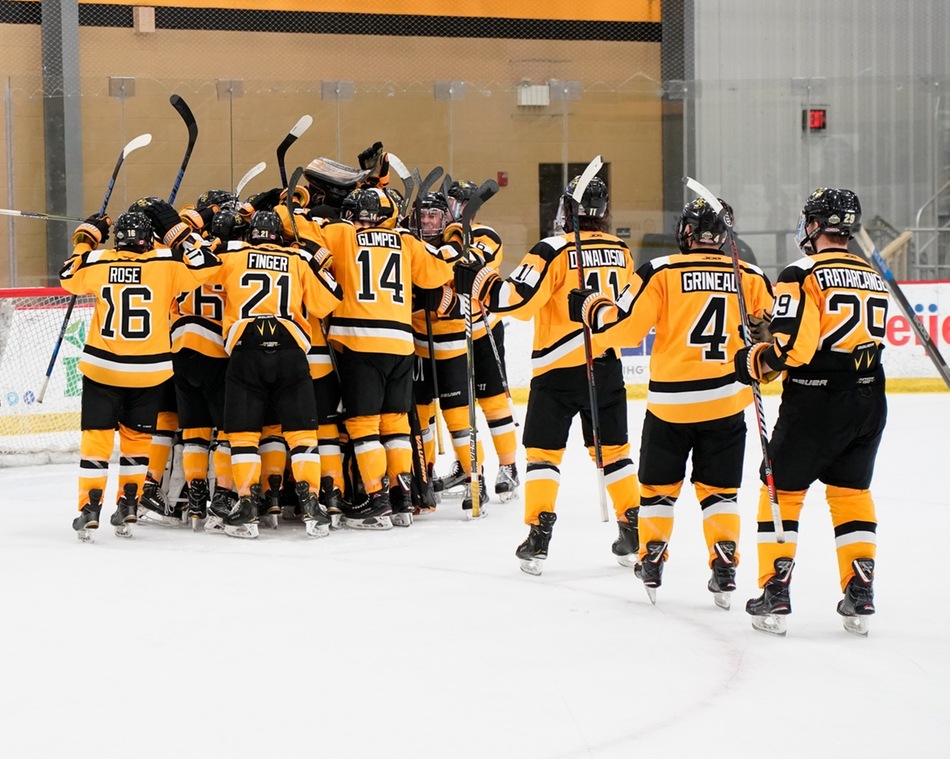 UNION LAKE, Mich. – (December 11, 2019) – Adrian College (16-0-0) maintains the top spot in the 2019-2020 American Collegiate Hockey Association Men's Division 1 Ranking No. 10.  The Bulldogs did not allow a goal in a two-game sweep (7-0, 2-0) of their conference series over Michigan-Dearborn (13-3-1), as the losses dropped the Wolverines two spots to No. 5 this week.  Goaltender Michael Barrett made 51 saves on the weekend and has not allowed a goal since November 10 and has an unbelievable goals against average of 0.963 on the season.  Brenden Stanko paced the attack with three goals on the weekend including the game-winner on Friday night.

Liberty University jumped up four spots to No. 2 after hammering Slippery Rock University at the LaHaye Center in Lynchburg, Va.  The Flames improved to 18-3-0 on the season after a 12-2 win on Friday and a 7-1 win on Saturday.  Quinn Ryan had a three goal hat trick in both games for an eight point weekend, while Josh Fricks chipped in three goals and dished out two helpers.

No. 3 Minot State University (9-1-2), the defending Men's Division I National Champions of the American Collegiate Hockey Association, swept University of Mary (5-2, 4-0).  Pacing the Beavers offense with two goals each were Blake Fournier and Adam Wowryk.

No. 4 Lindenwood University (11-5-0) was idle over the weekend and returns to action on January 10 at Missouri State University.

Moving into the polls this week is No. 20 University of Delaware and No. 24 New York University while Missouri State University and McKendree University drop out of the Top 25.

The eleventh ranking of the regular season will be released on Wednesday, January 15, 2020.