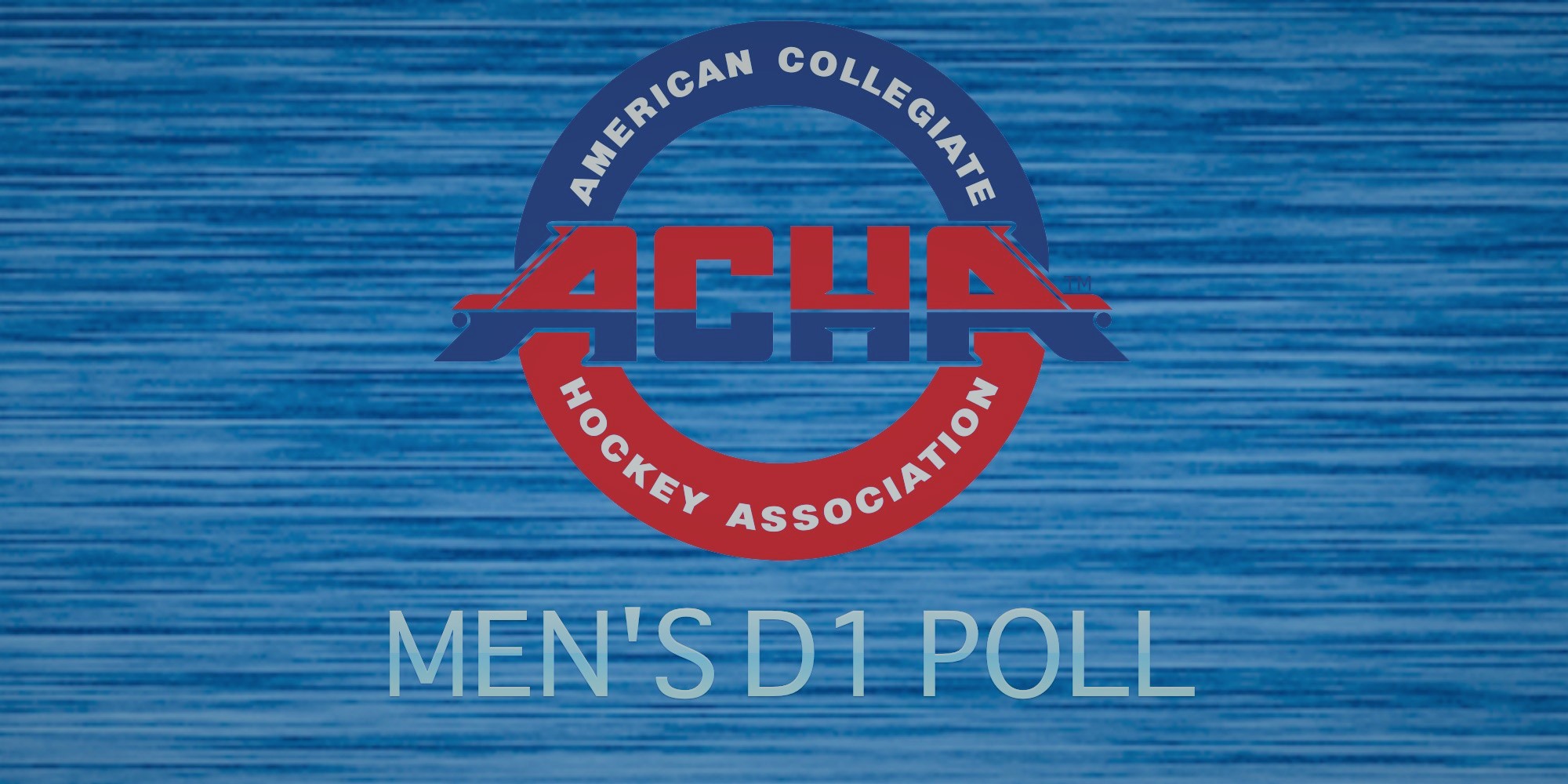 No. 2 Lindenwood University (8-2-0) moved up two spots after sweeping Robert Morris University Illinois at home over the weekend.  On Friday, the Lions were pushed to overtime before Vegard Faret ended it on the 45th shot on Eagles goaltender Chris Mallon with only fifteen seconds remaining in the period.  Saturday, the Lions were able to solve Mallon, eventually chasing him from the game after their sixth goal, in an 8-1 win.  Lindenwood pumped 59 shots on goal and were led by Brendan Murphy and Alex Kalau who each had two goals and an assist.

No. 3 University of Michigan-Dearborn (8-1-1) traveled to Bird Arena in Athens, Ohio and was able to come away with back-to-back overtime-shootout victories over host Ohio University.  On Friday, despite being outshot 36-21, the Wolverines took a 3-2 lead in the third period only to have the Bobcats tie it up.  In the shootout, goaltender Thomas Proudlock stopped all 7 shots he faced before Joseph Crump buried the game-winner past Bobcat goalie Jimmy Thomas for the 4-3 triumph.  Saturday, it was the Wolverines who battled back as Nic Laburn sent it to overtime with only 1:20 left in the third period.  Crump scored again in the shootout but it was Justin Dunn that got the game-winner for the 3-2 win.

No. 4 Indiana Tech (9-2-0) swept Cleary University on the road in Hartland, Mich.  The Warriors lowered the boom on the Cougars, 8-2 on Friday and 10-0 on Saturday, with Zach Bennett pacing the attack with five goals and an assist on the weekend.

Rounding out the Top 5 is Minot State University (4-1-2), the defending Men's Division I National Champions of the American Collegiate Hockey Association, swept Men’s Division II opponent Providence University (4-2, 9-0), before pounding Grand Canyon University 7-1 on Saturday at home.  The Beavers blitzed the Lopes with 61 shots on goal while only allowing 14 shots against as seven different goal scorers paced the attack.

The computer ranking, which will not commence until after November 1, will for the seventh time determine the 20 teams that qualify for the 2020 ACHA Men's Division I National Championships, which will include the following six autobids:

The seventh ranking of the regular season will be released on Wednesday, November 13, 2019.

LIBERTY HOLDS #1 SEED IN THE FIRST ACHA W1 RANKING OF THE ...