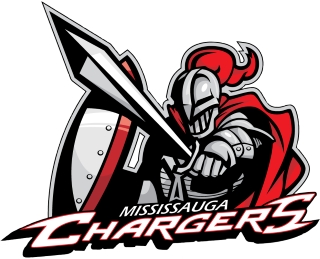 McSorley, a Brampton, ON native, was the Generals 11th round selection in the 2017 OHL Priority Selection. The 6’0, 198-pound forward played 53 games for Mississauga of the OJHL last season, totalling nine points and 140 penalty minutes.

Jesus, a Toronto, ON native, was the Generals 12th round selection in the 2018 OHL draft. Last season he also played 14 games for the OJHL Chargers, recording a total of five points.

The Generals, who opened training camp this week, begin their preseason action this weekend as the team travels to Kingston on Friday and to Mississauga Saturday.

Congratulations to Tye and David and best of luck in the OHL!

The OJHL, the largest Jr. A hockey league in Canada, has had more than 125 NCAA, U Sports, CHL and professional commitments in 2018-19 – including 65 NCAA Division I scholarships.

THANKS TO THE VOLUNTEERS OF THE OJHL!

20 YEARS AFTER: HIGH-FLYING TERRIERS TOOK BITE OUT OF LEAG...

A Message from the President About COVID-19