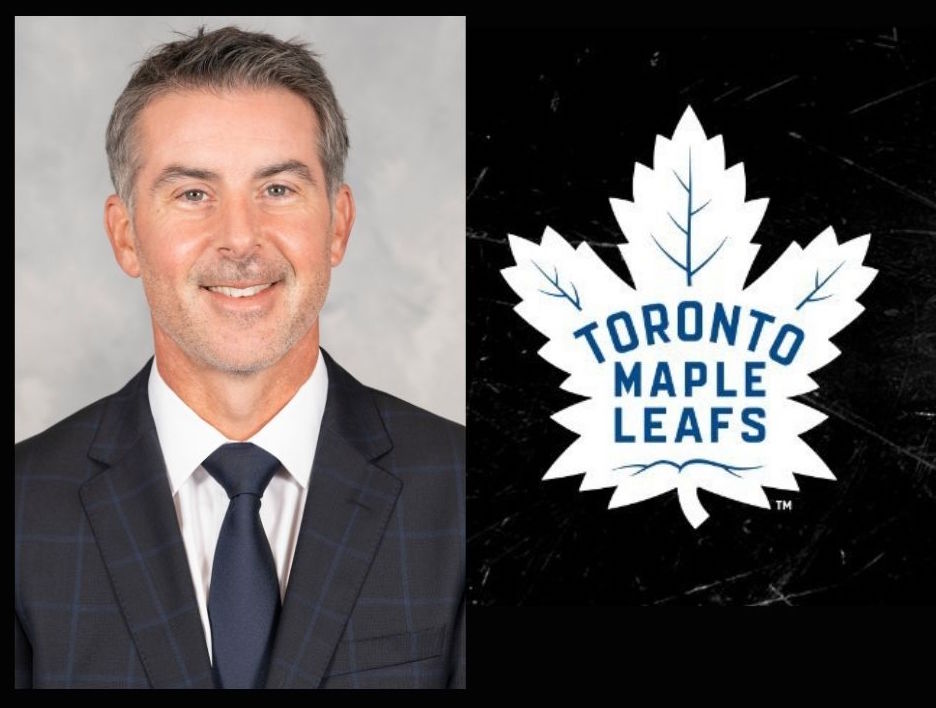 We watch a hockey game and identify players by their names and numbers.

“I wouldn’t be telling the truth if I didn’t see some dollar signs flashing on the back of jerseys, both our team and others,” he said during an interview last month.

“You’re always thinking that there might be a comparative player on another team…” Pridham said of his viewing habits, “or if there’s an injury situation…. I guess I’m always seeing cap hits.”

Pridham grew up in Stouffville and played his first hockey at the old Stouffville Arena, on what’s now greenspace across Park Drive from Latcham Hall.

“The chicken wire (instead of glass) behind the one end, I remember that,” the now 46-year-old said with a chuckle.

His rep team, the Stouffville Polar Bears, had a stuffed bear for a mascot, which would often get stuck to the fresh, wet ice on the centre dot at the Park Drive barn.

The Stouffville teams all became the Clippers in the early 1980s. Pridham played two years of peewee for the Stouffville squad that won a championship at the prestigious Quebec International Pee-Wee Hockey Tournament in 1986, shortly after moving into the new Stouffville Arena.

Many of his elementary school and youth hockey friends remain his golf buddies today.

He met a girl back then, too, elementary school classmate Sue Baston. They’d reconnect following university, get married, have two children and settle back into their home town of Stouffville.

The Pridhams are now “the proud hockey parents” themselves.

Daughter Olivia, 17, recently committed to the U SPORTS team at McGill University in Montreal. Son Jack, 15, was to play AAA bantam this year for the York-Simcoe Express, before COVID-19 derailed the youth hockey season in this part of Ontario.

Brandon’s route to the Maple Leafs was indirect but paved with solid advice and superb timing.

He severely damaged a shoulder sliding into the end boards while playing Jr. A in Collingwood with the hometown Blues. So much so that the surgeon told him he’d “better hit the books”.

He wore a brace when he returned to the team more than a year later but realized “any scholarship hopes were basically done”.

Pridham played in Collingwood from 1990-92 – before Stouffville was granted an OJHL franchise.

He has fond memories of skating during Friday night home games in front of big crowds at the Eddie Bush Memorial Arena in downtown Collingwood.

After studying kinesiology and marketing at York University, he enrolled in a one-year, post-graduate course in sports marketing at George Brown College, largely for the internships it offered.

Brandon’s placement was with the NHL offices near Pearson International, a “dream” gig in the league’s retail licensing and marketing department.

He’d stay on with the NHL for 15 years, moving through Central Scouting and the league’s central registry where he’s credited with helping draft the collective bargaining agreement that came out of the 2012 lockout.

At team president Brendan Shanahan’s urging, he joined the Leafs in 2014 as assistant to the general manager.

There was no conversion ceremony necessary for the kid who grew up in Stouffville wearing blue and white while worshipping Doug Gilmour and Wendel Clark.

“I remember going to Leaf games, walking up from the subway on College Street, the streetcars, the murals on the wall, the whole thing … that scene out in front of Maple Leaf Gardens,” he said. “And the Leafs were on every Saturday night in the house, for sure.”

Pridham was elevated to assistant general manager in 2018.

Player contracts and the application of the CBA and salary cap – for the Leafs and their competitors – are his major roles.

“Especially this season, it’s been very busy, with taxi squads and different anomalies brought on in the NHL these days,” he said. “It’s constant contact with (GM) Kyle (Dubas), as far as setting daily rosters, with players going back and forth, and getting ready for games pretty much every other day. But it’s nice to be busy again. That’s been the uniqueness of this season.”

Pridham deals directly with player agents, a switch from Lou Lamoriello’s more hands-on time as GM in Toronto. Pridham enjoys the negotiations while crediting the mentor Lamoriello, now the GM of the New York Islanders, with sharing his wealth of knowledge.

Like many of us, Pridham is largely working from home these days, rather than the Leafs’ offices at the Ford Performance Centre in Etobicoke.

He’s one of the few in attendance at home games at the Scotiabank Arena, where social distancing is strictly enforced.

Working in the sport he loves, at its highest level.

“No different than for any of our minor hockey players, that’s your dream,” Brandon said. “To work in it for 22 years now, I’ve been phenomenally fortunate.”

A version of this story originally appeared in OTR Magazine.