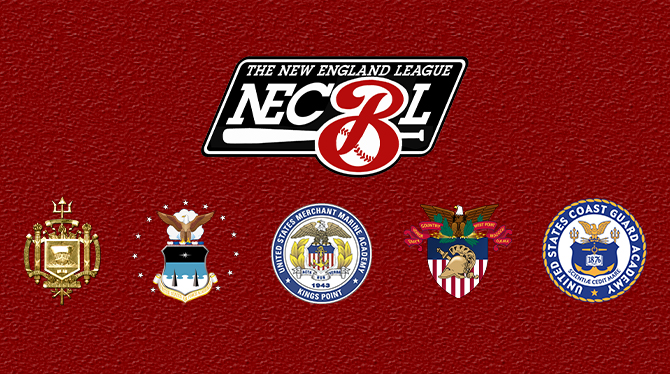 NORTH ADAMS, Mass. – The New England Collegiate Baseball League is proud to announce that its executive board has agreed to include a roster exemption for federal service academy players for every organization going forward.

“The New England League is excited to offer even more opportunities to some of the best and brightest student-athletes our country has to offer by providing a great opportunity to experience New England while gaining valuable baseball experience playing in a top summer collegiate baseball league,” stated Sean McGrath, commissioner of the NECBL.

The executive board’s decision to designate spots on every roster for two players from any of the five federal service academies will be in effect for the 2021 season onward. This exemption will allow every organization in the New England League to work with the academies to provide roster spots to their players in order to accommodate their military obligations over the summer.

"On behalf of all the players and coaches from service academies, I would like to say thank you to the leadership in the NECBL that helped make this new rule happen,” stated Army West Point head coach Jim Foster. “Commissioner Sean McGrath, the team presidents, general managers and all the coaches in this great summer baseball league really did a great thing. This new rule that will allow service academy players to play more baseball in the summer while not counting towards roster limitations is a huge win for everyone involved.”

“Every day, I see what these players will do for our country as future leaders and the commitment they have to play the game we all love,” Foster continued. “They will now get the same opportunities and experiences as others because of the roster flexibility now afforded to them thanks to this new rule.  Our hope is other leagues around the country will do the same and allow players from service academies – who do so much for all of us – to play and not count towards roster number limitations. Thank you again to the NECBL for being the first!"

“Our teams are grateful for the experiences they have had with players from these academies on their roster,” McGrath summated. “These future leaders of our military bring leadership qualities that influence fellow teammates as well as make an impact in their community as role models and mentors.”